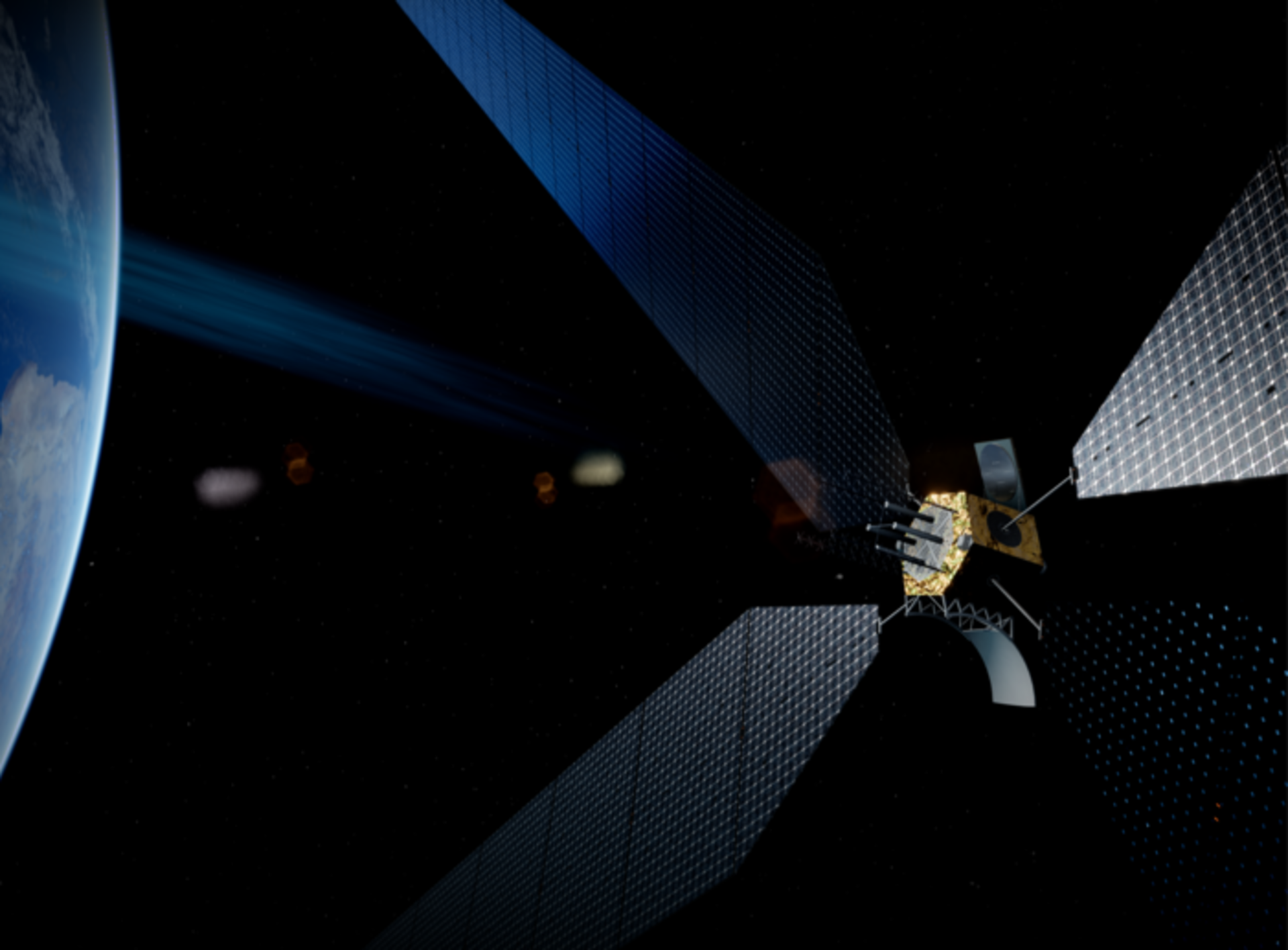 A concept image of a future in-orbit demonstrator for space-based solar power.

Sunlight up in Earth orbit is ten times more intense than down on Earth’s surface, so the idea is to fly dedicated satellites to capture solar energy, then beam it down to Earth – and potentially the Moon or other planets further into the future.

A new ESA Discovery project is looking into a key part of the space-based solar power process: how to convert a large amount of solar power into a useful form, then transport it down to the ground as efficiently as possible?

The basic concept dates back more than a century to Konstantin Tsiolkovsky, one of the original prophets of space travel, then developed in detail by Czech-born engineer Peter Glaser from the 1970s onward.

ESA has been collecting new ideas for technologies and concepts to advance the development of space-based solar power through its Open Space Innovation Platform.