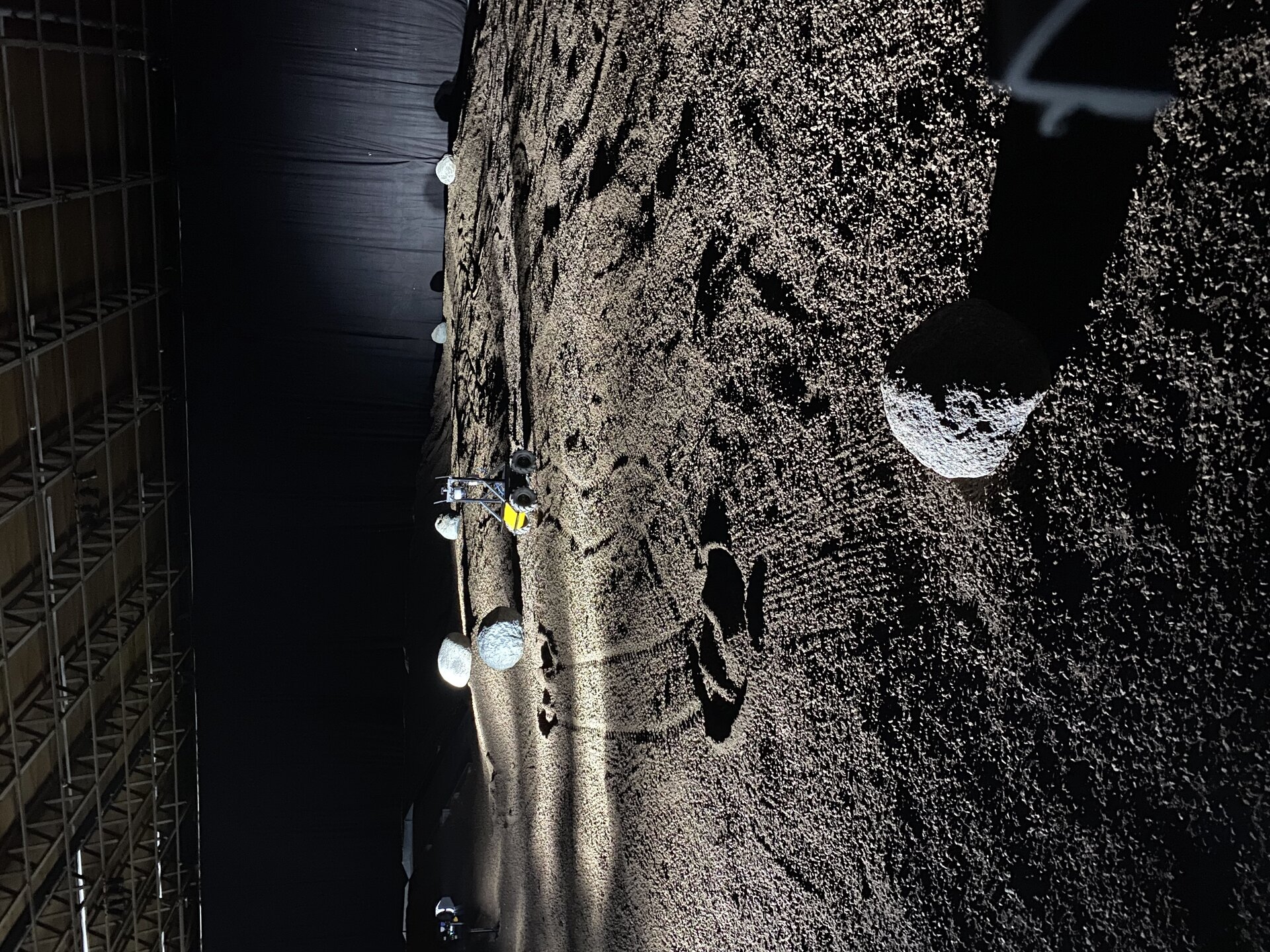 Driving and walking rovers competed to survey a shadowy analogue of the south polar lunar surface for useable resources during the inaugural ESA-ESRIC Space Resources Challenge. Some 13 teams from across Europe and Canada took part in last month’s field test, with the winners due to be announced shortly.

The Space Resources Challenge – supported by ESA and the European Space Resources Innovation Centre (ESRIC) in Luxembourg – is asking European (and Canadian) researchers and institutions to develop and demonstrate a system of one or more vehicles capable of prospecting resources on the Moon in the near future.

Massimo Sabbatini, overseeing the contest for ESA, comments: “ESA is analysing the results of the first field test of the Challenge and the competition is fierce. There was a wide range of participants and technological solutions to the problem of prospecting: notably different locomotion techniques – legged, wheeled, tracked, and so on – and approaches, such as single versus multiple vehicles and aerial vehicles. The jury is out!”

The emphasis of the contest is on prospecting: pinpointing promising resources within a difficult lunar environment then characterising them in as much detail as possible, such as through visual inspection or spectral analysis.

The lunar poles are a focus of interest for future exploration. They do not experience the crippling temperature extremes of the Moon’s two-week days and nights, and frozen water and other deposits are believed to be buried within permanently shadowed polar craters.

The Space Resources Challenge teams gathered at Valkenberg in the Netherlands had to contend with challenging illumination conditions and potential loss of signal events to locate resources, including mapping a small impact crater in the vicinity of the rover’s lander – all within a two and a half hour time limit.

The five winners will be awarded €375 000 in ESA contracts, with a larger prize pool on offer after a follow-on field test hosted by ESRIC next year.