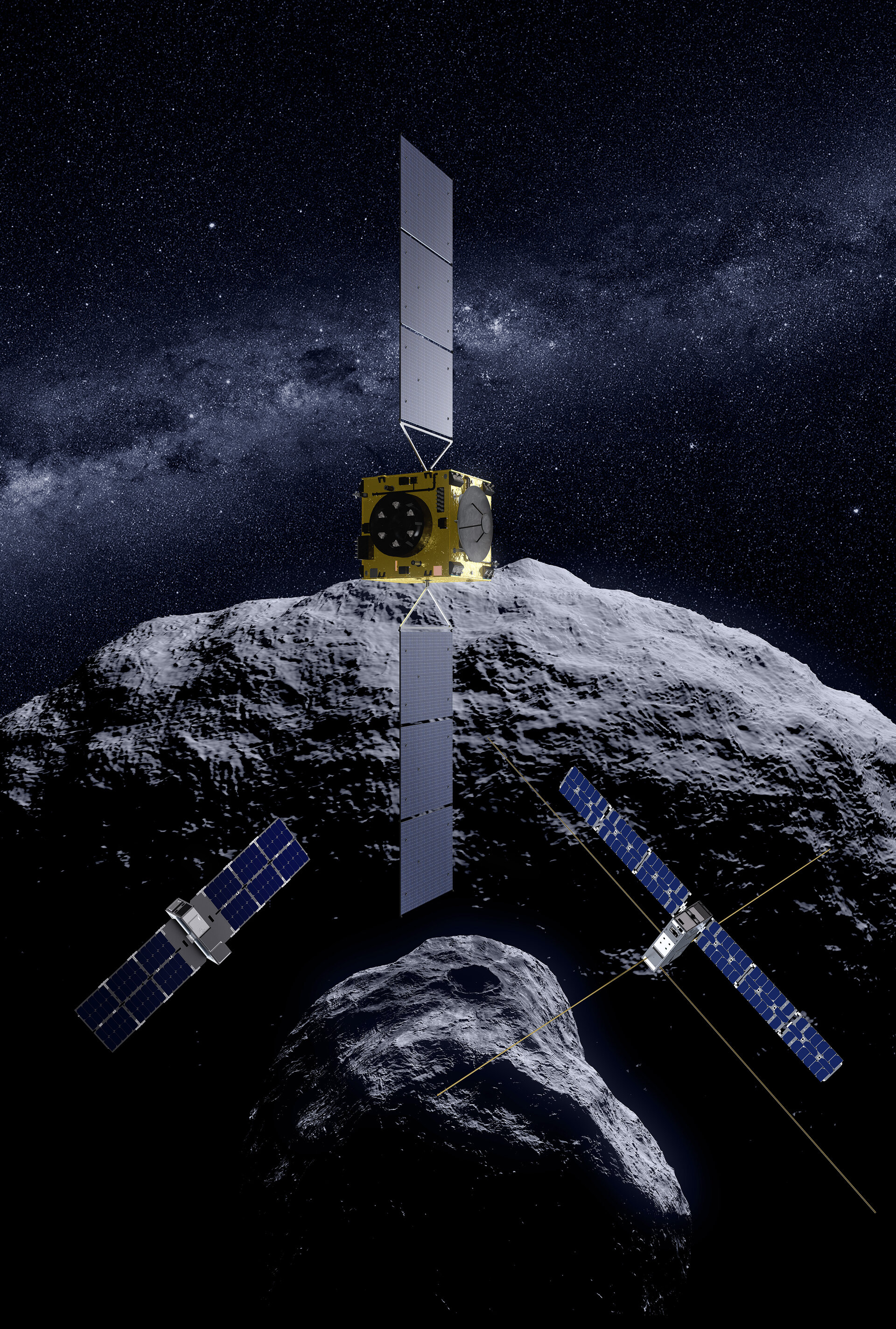 ESA’s Hera mission seen with its CubeSats in orbit around its target asteroid. Now NASA’s Double Asteroid Redirection Test, DART, is on its way to test the kinetic impact technique of asteroid deflection, ESA’s Hera will be Earth’s next planetary defence mission, scheduled to fly to the same body that DART will impact next year.

DART will collide with the smaller body of the Didymos binary asteroid system in September 2022, striking at a speed of around 6.6 km per second. While the Didymos asteroid system will maintain its motion around the Sun unperturbed, the collision is expected to shift the orbit of the 160-metre-diameter Dimorphos around its 780-metre-diameter parent Didymos in a small but distinct way – just a fraction of one per cent – sufficient to be measured with Earth-based telescopes and radar.

But observing from across space will still leave multiple unknowns, such as the precise mass of Dimorphos, its makeup and its internal structure – as well as the size and shape of the crater left by DART. So, in November 2024 Hera will head towards the Didymos system, commencing its detailed ‘crime scene investigation’ of the two asteroids in late 2026.

By gathering data close-up, Hera will help turn DART’s grand scale impact experiment into a well-understood and repeatable deflection technique – ready to be deployed if an asteroid should ever be spotted heading Earthward.

The main Hera spacecraft will also deploy a pair of shoebox sized CubeSats to perform supporting observations: Milani will make spectral surface observations, while Juventas will undertake the first-ever radar soundings within an asteroid.

The Hera spacecraft is being built by OHB in Germany while other mission elements take shape across Europe. For instance, the engineering model of Hera’s precision guidance, navigation and control system – essential to guide the desk-sized spacecraft to and around its twin-asteroid destination – is being put together by GMV in Spain, while the Juventas radar prototype is currently undergoing testing at ESA’s ESTEC technical centre in the Netherlands.