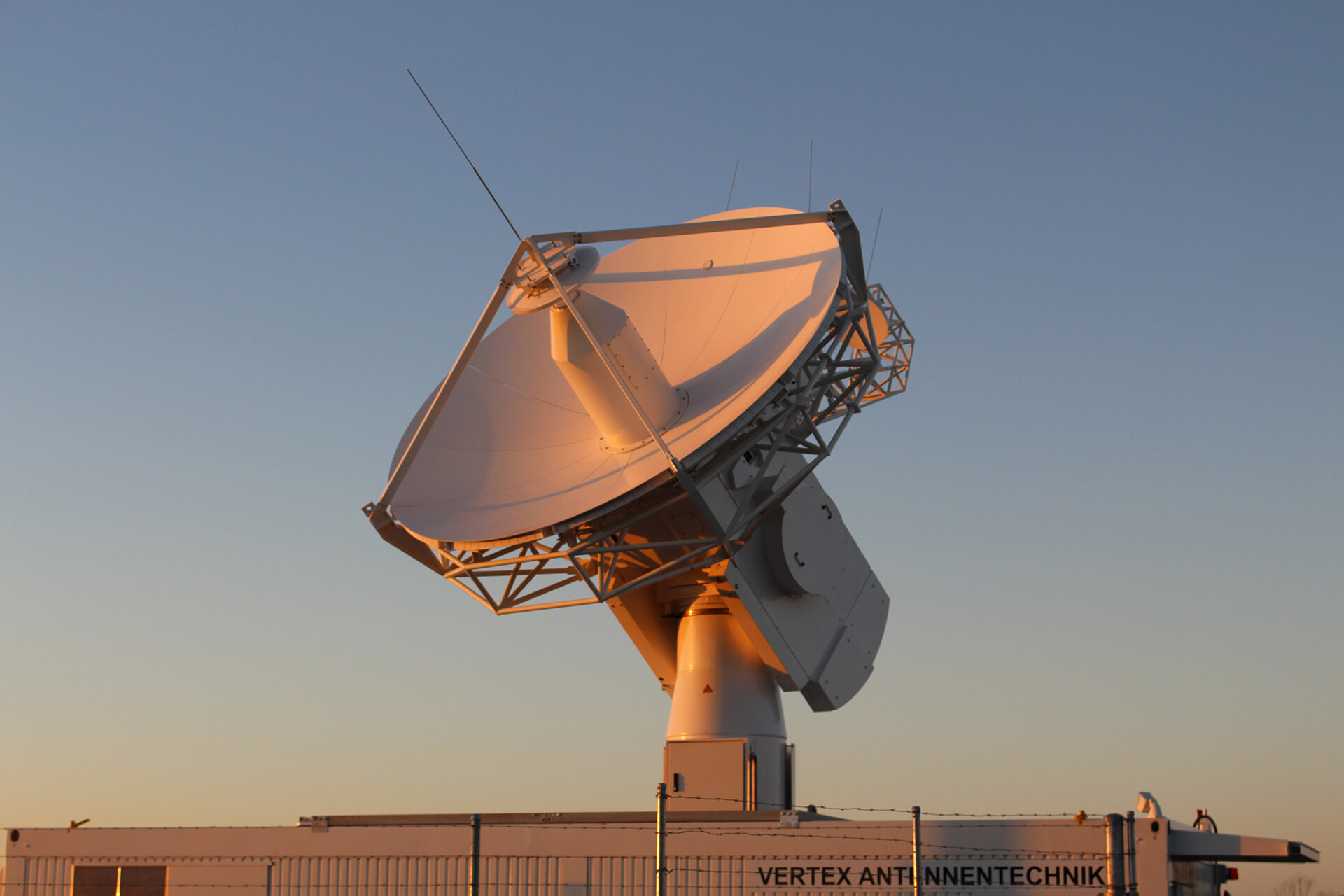 When NASA’s DART spacecraft launches on 24 November on a world-first mission to deflect an asteroid, ESA’s Estrack network will play a vital role – finding, tracking and maintaining contact with the mission as it departs Earth heading toward its target, a 170-metre asteroid ‘moon’ named Dimorphos.

At about the length of one-and-a-half football fields side-by-side, Dimorphos is currently almost 500 million kilometres away, orbiting the Sun on a path that brings it near Earth’s orbit and out past Mars’. It is part of a double asteroid system – bound by gravity to the almost five times larger Didymos asteroid.

Both space rocks pose no threat to Earth. When DART strikes the Dimorphos in 2022 its orbit will be very slightly altered and a crater formed.

Data from the experiment, in part provided by ESA’s follow-on Hera mission, will help an international team of scientists understand how this ‘kinetic impactor’ method could be deployed in case a large asteroid is ever discovered on a collision course with Earth. Throughout, ESA’s Estrack network will play a vital role.

The DART spacecraft weighs 620 kg, about the mass of a brown bear, and measures about 19 metres across (including its solar panels). It will be launched by a SpaceX Falcon 9 rocket from Vandenberg Air Force Base in California and thrust into an ‘Earth-escape trajectory’.

Following lift-off, as DART climbs heavenward but Earth rotates beneath it, the spacecraft will follow a unique path in the sky. Passing first down the west coast of South America then east across the Atlantic, it will finally appear above the horizon as seen from Australia.

About 60 minutes after launch, the spacecraft will separate from the launcher, its transponder will turn on, and ESA’s 4.5-metre antenna in New Norcia, Western Australia, will capture its very first words – the ‘acquisition of signal’.

This smaller, more agile radio dish was specifically designed for moments like this. With a wide ‘beamwidth’ it offers a wider field of view than the nearby 35-metre antenna, as well as the ability to quickly tilt and point to target swiftly moving objects in the sky.

This capacity is vital, as the antenna will need to find DART as it appears above the horizon, helping to maintain contact as it departs for interplanetary space.

DART’s data, or ‘telemetry’, will inform NASA of the spacecraft’s wellbeing after launch, in particular the status of its automatic deployment sequence, and allow NASA a vital link to send commands to the spacecraft if necessary.

Cruisin’ for a bruisin’

DART’s cruise phase will last about 11 months as it homes in on Dimorphos, before impacting the orbiting asteroid at a speed of 6.6 kilometres per second in October 2022. During this period, additional ESA ground stations will support the mission.

ESA’s ‘big iron’ – the 35m dish antenna at Malargüe, Argentina, together with the almost-identical dish at New Norcia – will help conduct vital ‘Delta-DOR’ measurements, an ultra-precise navigation technique that allows mission controllers to know the position of spacecraft hundreds of millions of kilometres away, to within just a few hundred metres.

The last ten days before impact in 2022 are super-critical. As Dimorphos comes into view, essential, non-stop footage of the arrival, collision and subsequent plume of materials will be streamed home via the LICIACube, a hand-sized CubeSat from the Italian Space Agency, ASI, that will be deployed before impact.

In this terminal phase, observations of the target are needed 24 hours per day, something which NASA’s Deep Space Network cannot provide on its own due to the geometry of the spacecraft’s trajectory.

ESA’s Malargüe station will help to fill the DSN visibility gaps, ensuring radio links to DART every moment until impact.

After the deflection impact, ESA’s Hera mission will head towards the Didymos binary system in November 2024, commencing its detailed ‘crime scene investigation’ of the asteroids in late 2026.

By gathering data close-up, Hera will help turn DART’s grand-scale impact experiment into a well-understood and repeatable deflection technique – ready to be deployed if an asteroid should ever be spotted heading Earthward.