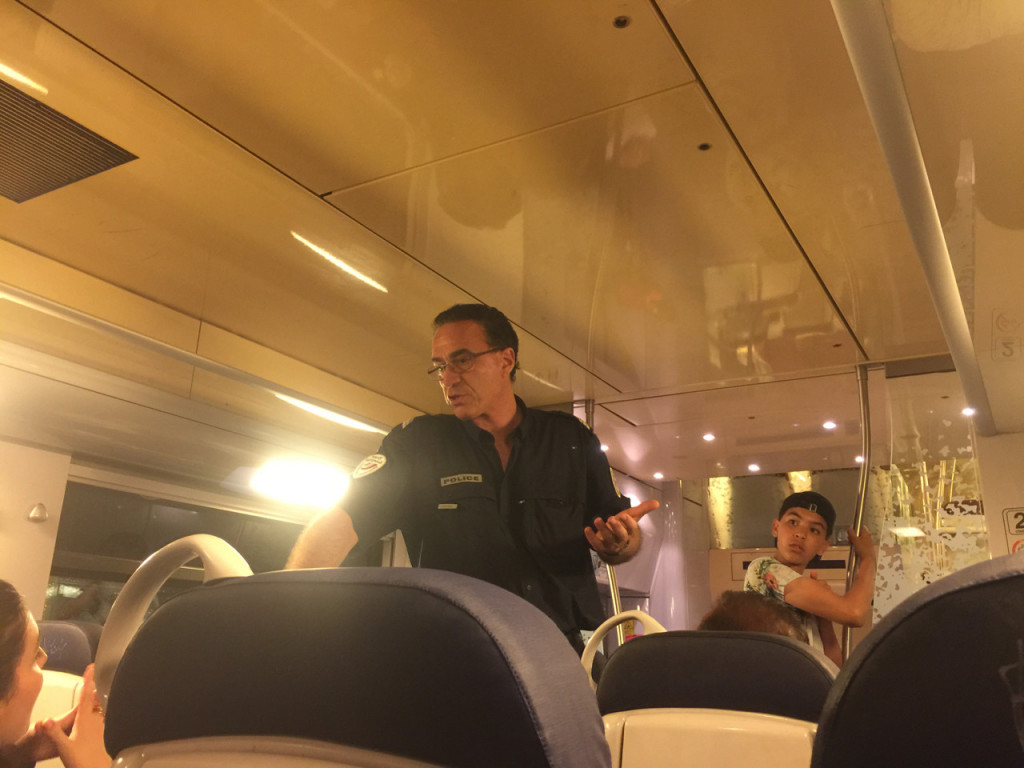 After leaving Isabell Kristensen’s fashion show in Cannes, I boarded the 7:54 pm train to Nice. It was due to arrive around 8:20 pm. It’s now 10:42 pm and we are stuck outside of Nice, just west of the airport, due to a “signalisation” problem. All train service on the Menton-Monaco-Nice-Cannes axis has been suspended, due to an electrical problem, which turned out to be a “technical bug”. Emergency services are on the scene but for the moment, according to the National Police on board, no evacuation plan is in place.

The same officer said we are lucky that this did not happen around 4 pm, with the midday heat as the aircon was not functioninig. In his opinion, passengers will receive compensation from SNCF when they arrive at Nice station, as some people have missed flights at Nice-Côte d’Azur airport. Around 9:10 pm, the SNCF controller announced they had asked for water for passengers. Half an hour later, we have nothing, except the smell of cigarette smoke gradually making its way across the cars. Several heated arguments by passengers have erupted. In January, the head of France’s SNCF, Guillaume Pepy, told his colleagues that the national train service operator can “do better” in 2017. According to SNCF, 90.8 percent of TER trains were punctual during 2016, compared to 91.6 percent in 2015. A TER train is considered to be late-running if it is five or more minutes behind schedule. The total delay was 2 hours 35 minutes. At 11:06 service was restored, although with exceptional backups. When we left the train, there were no SNCF representatives to meet us, and certainly not that bottle of water that was mentioned. I asked one SNCF person about getting my ticket reimbursed and he very disinterestedly said, “I don’t know”. Of course not. Article first published May 20, 2017.
Popular Stories Right now
ESA helps Greece to boost its space investments
After 5G comes Pro Fibre
Impressive AS Monaco secure Europa League progression
Share
Facebook Twitter Pinterest Linkedin