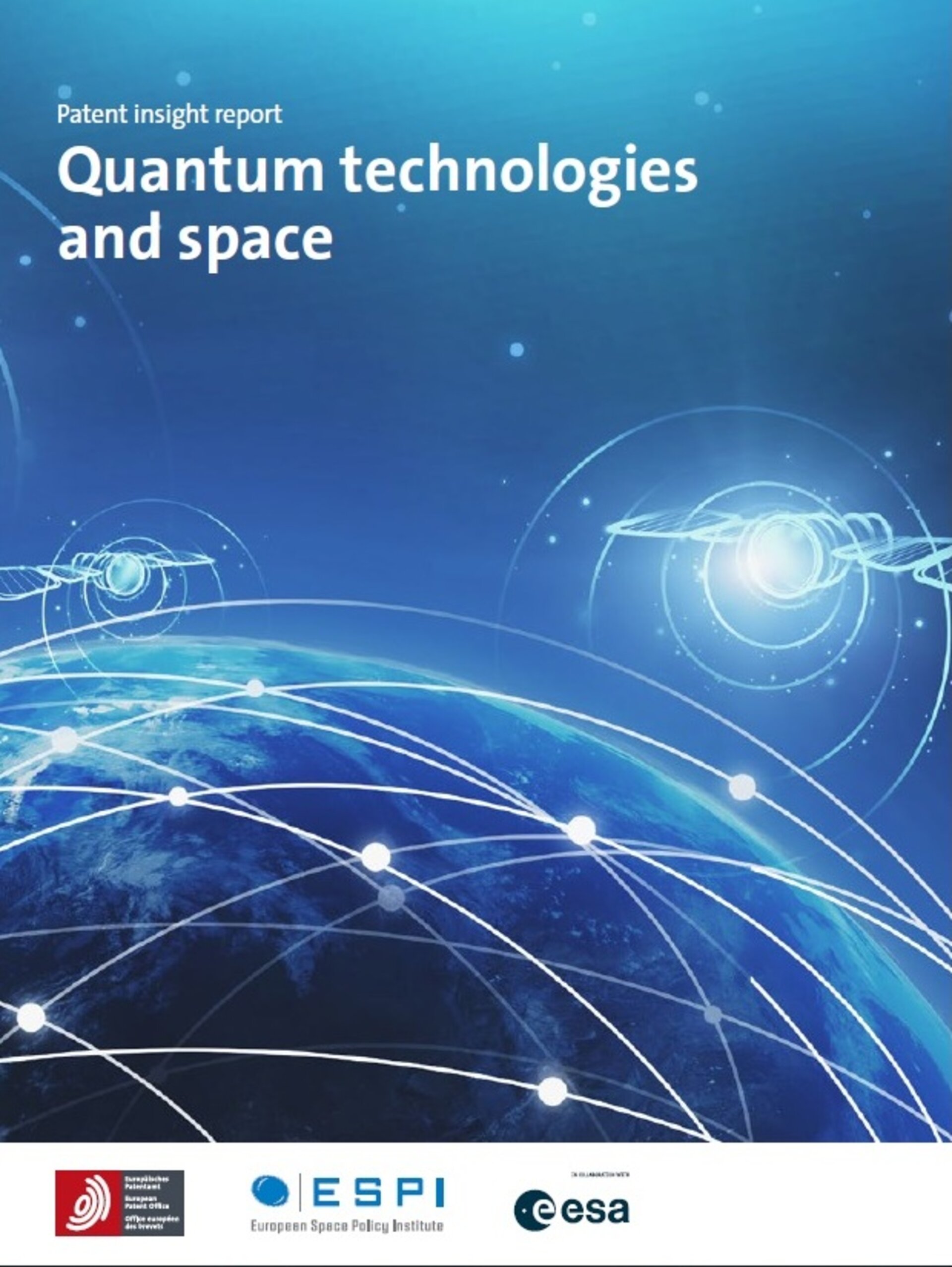 Tipped to change the world, quantum technologies – employing special properties of matter that manifest at the very tiniest of scales – are heading to space too. To highlight the space applications of this emerging sector, ESA has supported the European Patent Office and the European Space Policy Institute in a survey of the past two decades of related patent filings.

From a low baseline at the turn of the century, the rate of filings for space-related quantum technology patents has grown 400% in the past five years, surpassing the average growth rate of all patent filings worldwide.

Often termed as the most successful theory of the last century, quantum physics underpins the workings of everyday items like silicon chips, lasers and MRI machines. At the heart of this theory is the seemingly counter-intuitive fact that down at extremely small scales, atoms, photons and other particles start behaving more like waves.

This in turn leads to phenomena such as ‘quantum superposition’, where a particle can exist in more than one possible state at once, and ‘quantum entanglement’, where linked particles share the same physical characteristics, even when separated by long distances. Quantum technologies set out to utilise such exotic behaviour as the basis of more powerful computing, secure sharing of information and high-sensitivity sensors.

Worldwide governmental and commercial interest is vast: the EU, for instance, has named the quantum technologies sector a strategic priority and in 2018 the European Commission launched the Quantum Flagship with an expected budget of €1 billion over ten years. Within this overall research landscape, space forms a small but significant niche – forming 15% of the overall 5 564 patent families surveyed.

The survey focused on three space-based quantum technologies, of which the first dominates, forming more than 78% of the patent filing dataset: ‘quantum key distribution’. Current data sharing is based on the sharing of ‘cryptography keys’ between sender and recipient. Today, such keys are normally shared over public infrastructure, but are increasingly vulnerable to hacking, and being cracked by progressively more powerful computers (including rapidly-progressing ‘quantum computers’).

Instead, quantum key distribution harnesses quantum entanglement to distribute keys that are practically unhackable without detection – but quantum states are easily perturbed and prone to collapse. This being so, signals from satellites through free space make an ideal delivery system.

Back in 2012 ESA received the distance record for laser-based ‘quantum teleportation’ of information using its Optical Ground Station in Tenerife, since surpassed by demonstration satellites including China’s Micius mission and Singapore’s SpooQY-1. ESA today has several missions exploring this field in development – SAGA, QUARTZ and QKDSAT, the latter a partnership project with Arqit – plus ongoing national missions including the UK’s ROKS, Germany’s QUBE and Canada’s QEYSSAT.

The second space application of quantum technologies is ‘time and frequency transfer’, which involves employing cold atoms, systematically slowed down in their motion using lasers, as the basis of highly-precise clocks for positioning, navigation and timing. This for now represents the smallest segment of the database, at just 8.4% of the dataset.

The third and final application is ‘Earth sensing and observation’, which again utilises laser-cooled cold atoms to create highly sensitive instruments for gravity mapping and tracking Earth features including buried deposits, ocean and ice flows. They might also be used in future for quantum-enhanced radio and optical signal processing, or space-based ‘quantum radar’. These make up 13.8% of the patent dataset.

The survey found the majority of filings within these three fields are not from the same key players, pointing to a high level of specialisation and limited synergies between them.

But the overall hotspots of patent filing activity are outside Europe, dominated in the dataset by the United States, China and Japan. Within Europe, British, French, Finnish and German stakeholders have been most active.

To reach their full potential, advanced quantum technologies must be designed around constraints of the space environment, involving for instance miniaturisation, radiation and magnetic shielding, limited energy consumption and precise alignment of optics and other components to withstand launch stresses – but examination of the patent trends suggests potential technical solutions are emerging.

With their series of patent insight reports, the European Patent Office has made efforts to raise awareness about the impact of intellectual property and identifying future and emerging technologies.

To read the quantum technologies and space report in full, click here.