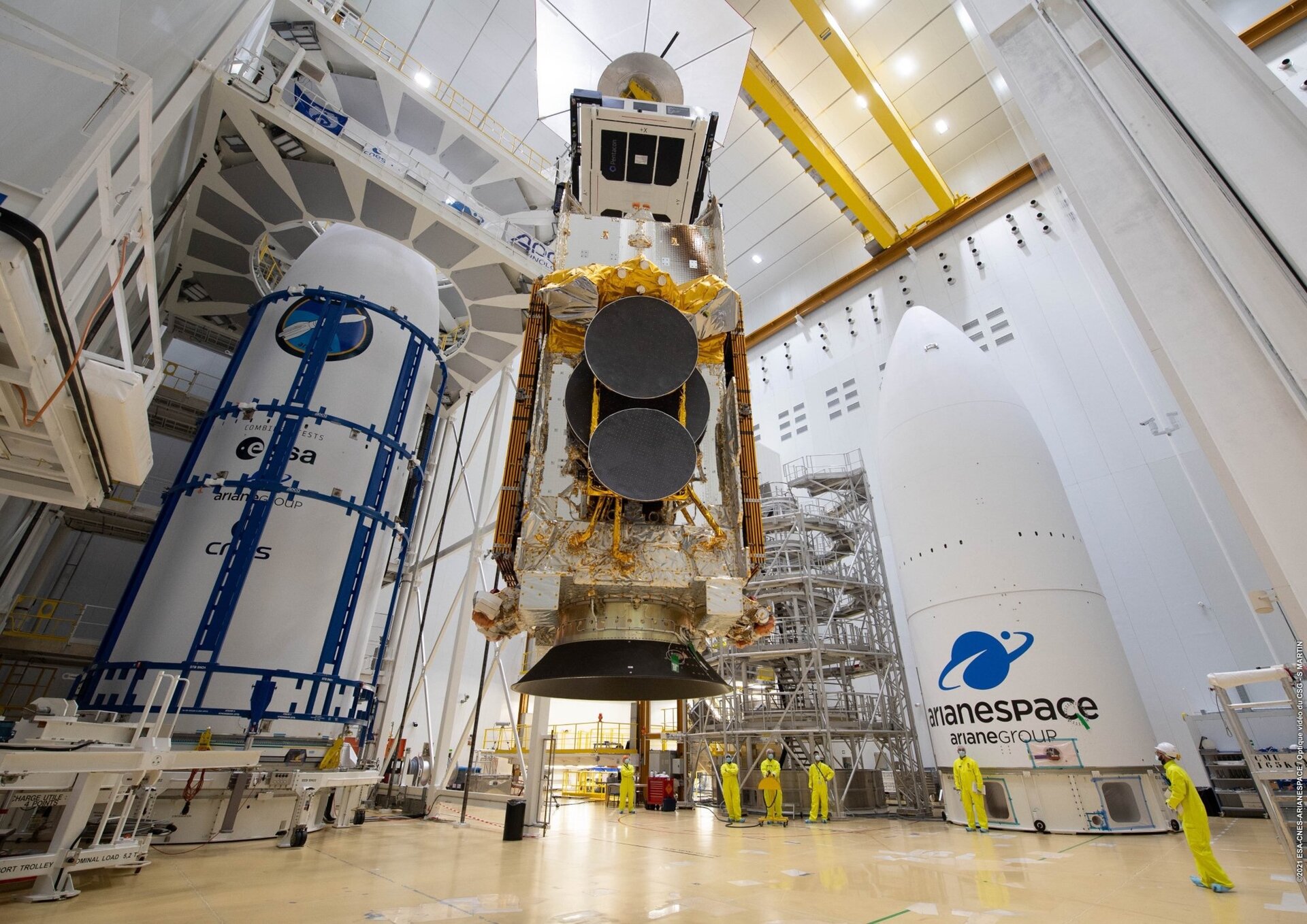 One of the largest telecommunications satellites ever built in Europe – which will supply high-speed data links for commercial aviation as well as providing connectivity to underserved areas to accelerate digital inclusion – is poised for launch.

The SES-17 satellite, built by Thales Alenia Space, introduces cutting-edge innovations that were developed with ESA’s programme of Advanced Research in Telecommunication Systems to support the European space industry in the highly competitive global telecommunications market.

A fifth-generation digital transparent processor developed by Thales Alenia Space with the support of the French Space Agency CNES and ESA is at the heart of this high-speed “switchboard in the sky” satellite. The unit can be fully programmed while in orbit, to route signals between people on board planes to the ground, for example.

SES-17 will have nearly 200 user beams that can be connected to any other beam at any time. This combined with the ability to dynamically change the power and frequency allocation of any beam means that the satellite can adapt to SES’s customer evolving needs in real time.

This demanding mission is only possible thanks to a novel cooling system that was developed under the industry-initiated Spacebus Neo Partnership Project. The system is the first mechanically pumped loop to be used on large commercial telecommunications satellites.

The project includes the full end-to-end system to manage the satellite and ground network resources, a key aspect for the next generation of very high throughput satellites. It allows for the reconfiguration of the payload, adapting to user needs in real time.

ESA’s Neosat programme comprises both Spacebus Neo by Thales Alenia Space and Eurostar Neo by Airbus. It includes development up to in-orbit validation of new satellite product lines for both companies, allowing the European space industry to deliver competitive satellites for the global commercial satellite market.

To date, 15 Neosat satellites have been sold by European industry to six satellite operators, generating exceptional return on investment to industry and participating states.