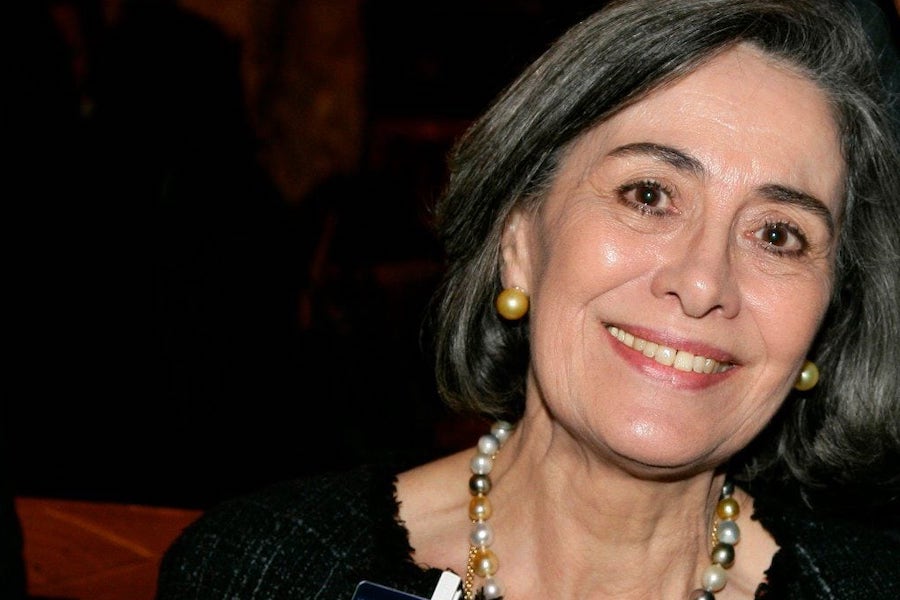 After countless delays due to the Covid pandemic, the appeal trial of Wojciech Janowski, convicted of ordering the murder of Monaco’s richest woman Hélène Pastor, has begun in an Aix-en-Provence court.

On 6th May 2014, 77-year-old Hélène Pastor, heiress of a real estate empire estimated at €12 billion, was fatally shot along with her Egyptian driver Mohamed Darwich, 63, as they left a Nice hospital where she had visited her son, Gildo, who had suffered a stroke.

Four years later, her son-in-law Wojciech Janowski was sentenced to life imprisonment for ordering the assassinations.

Now, the 72-year-old Polish native is appearing before the Appeals Court of Bouches-du-Rhône where he is once again proclaiming his innocence, shouting out “conspiracy” to the court on Monday, according to a report by AFP.

On Tuesday, the court heard the testimony of judicial police officer of Nice Catherine Messineo, who, in the early stages of the investigation, went to Helene Pastor’s bedside on 17th May 2014.

“I discovered her horribly injured,” the officer reportedly told the court, adding that the victim was disfigured and her speech hampered by a tracheotomy. “It was a very complicated hearing to do.” The investigator added that Hélène Pastor “said that she saw a black man appear who fired two shots, the first on her, the second on Mohamed Darwich. She believed that the intention was to shoot two people.”

The court heard that Hélène Pastor had not received a death threat, that she had not changed her will, which still left her fortune 50/50 to her two children Sylvia and Gildo, and that she had not taken out life insurance for a third beneficiary. The billionaire also carried a will on her at the time of the attack. Hélène Pastor, said the investigator, closed her statement with these words: “I’m afraid, I have other things to say”. “I promised to see her again as soon as I received the green light from the doctors,” said the police officer, but “five days later she died.”

Present in court for the trial are the victim’s daughter Sylvia Ratkowski-Pastor, partner of Wojciech Janowski for 28 years, and her son Gildo Pallanca-Pastor, who has engaged in a media showdown leading up to the trial, saying that “everything has not been said” and openly suggesting that his sister may be complicit in the assassinations. The pair reportedly are no longer on speaking terms.

Joining Wojciech Janowski in the dock is Pascal Dauriac, sentenced to 30 years’ imprisonment. “I take responsibility for everything I have done,” he said on Monday. Dauriac claims that Janowski ordered him to have the billionaire killed and organise the theft of her purse to make it seem like a robbery.

Also in the dock are Al-Haïr Hamadi and Samine Saïd Ahmed, one convicted of being the lookout and the second the perpetrator of the shootings. They were sentenced, like the son-in-law, to life imprisonment in 2018.

Al-Haïr Hamadi admitted Monday to being the lookout. Samine Saïd Ahmed did not make a statement. Omer Lohore, a relative of the lookout and initially acquitted, has always claimed his innocence.

The appeal trial, involving all five of the accused, is due to last until 19th November.