Skip to content
You are Here
Ever the fashion jetsetter, Charlotte Casiraghi has once again popped up on a red carpet in a look provided countless column inches for society papers everywhere. On November 4, Princess Caroline’s daughter stepped out to attend the Los Angeles County Museum of Art’s Art+Film Gala honouring Mark Bradford and George Lucas. The benefit was presented by Gucci alongside guests such as Jane Fonda, Kim Kardashian, Salma Hayek, Naomi Campbell and Leonardo DiCaprio, who has co-chaired the awards show for seven consecutive years. 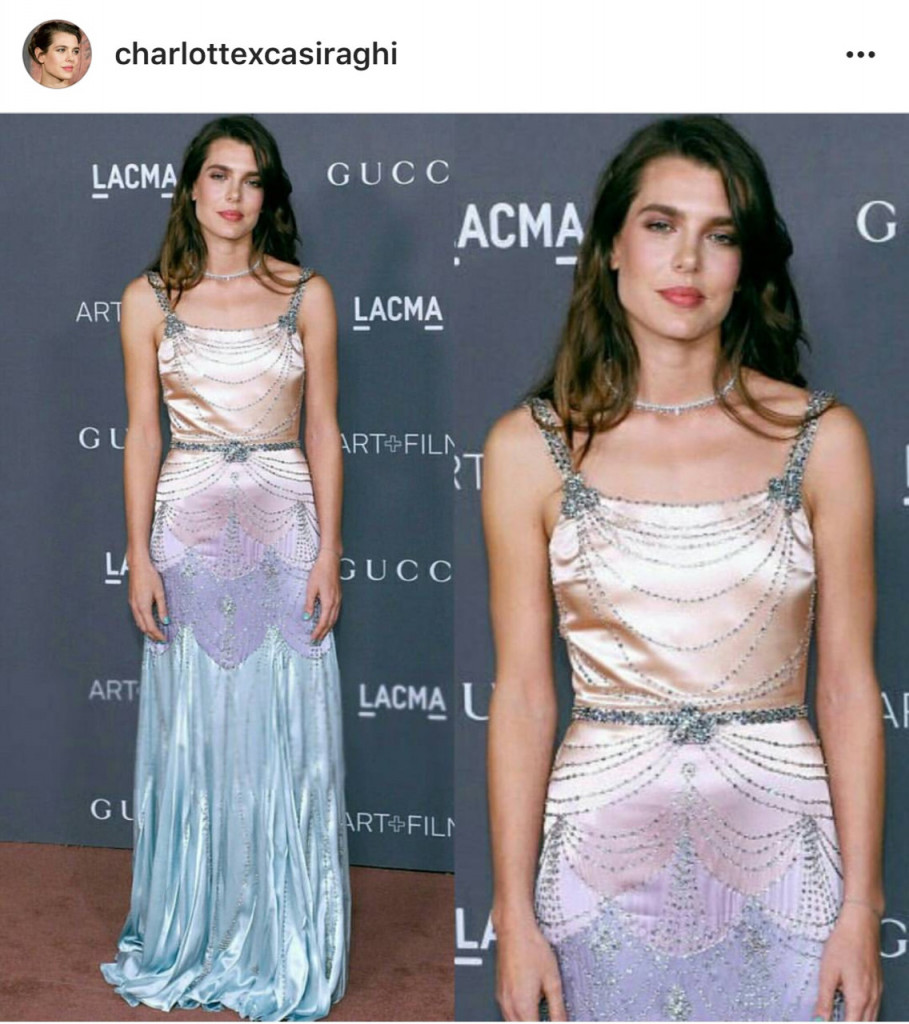 Wearing a dress from the Italian fashion house’s Spring Summer 2018 collection, whose show Charlotte attended back in September, the 31-year-old mother of one was radiant in a multicolour silk gown in shades of pale rose, champagne, light lavender and turquoise embroidered with crystals that sparkled with every paparazzi flash. Also present was new boyfriend, film producer and son of French actress and model Carole Bouquet, Dimitri Rassam, whom she was finally officially photographed with much to the relief of gossip columnists that have closely followed the story. Tickets for the 2017 Art+Film Gala started at €4,300 ($5,000), and proceeds will, in part, help make film more central to the museum’s curatorial programming. Article first published on November 8, 2017.
Popular Stories Right now
France to ease Covid measures in February
MariApps acquires majority stake in OnboarD
Natural cosmetics company joins forces with OceanoScientific