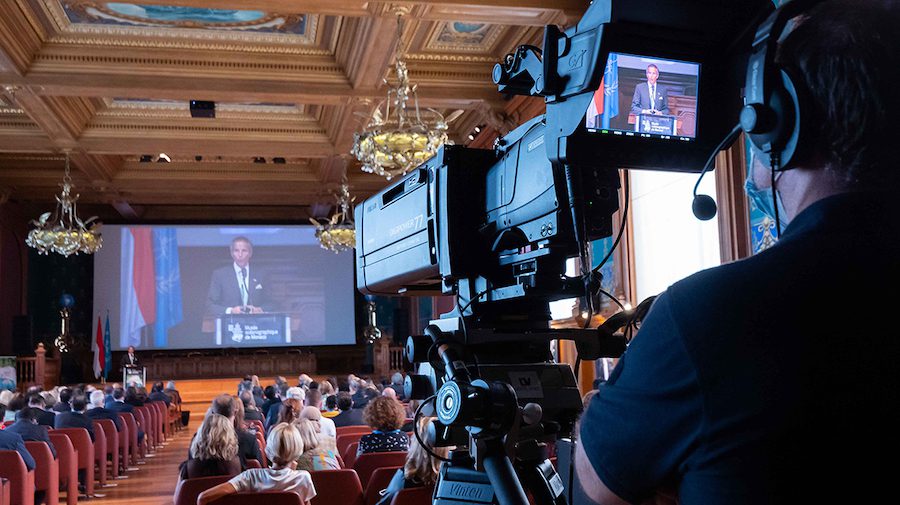 For the past six decades, Monaco’s Atomic Energy Laboratory has been investigating the effects of radioactivity and pollution on marine ecosystems, and the milestone has been celebrated during a special ceremony at the Oceanographic Museum.

“The work of the IAEA Environment Laboratories in Monaco is unique,” said IAEA Director General Rafael Mariano Grossi in his speech. “For 60 years, these labs have been helping countries confront marine pollution, seafood safety and other emerging challenges. We are helping them achieve their own sustainable development goals.”

In a nod to the reigning Sovereign’s great-grandfather, Prince Albert I – a great champion of the seas, Grossi went on to say, “We owe where we are today to that noble tradition that you, Monsignor Prince Albert II, have decided to personally continue and to support in the way you and the Principality of Monaco have been doing for the past six decades.”

Since 1961, the labs have been using nuclear applications to implement strategies for the sustainable management of marine environments. They have tackled issues such as pollution, algae blooms, seafood safety, microplastics and climate change.

In-depth knowledge on carbon sequestration can help expand the natural carbon sinks in coastal ecosystems that have the capacity to absorb CO2 emissions entering the ocean and thus help in mitigating ocean acidification.

“The dialogue between laboratories like yours and political authorities is one of the keys to our future,” said Prince Albert. “The time has come for humanity to tackle the great problems of the Ocean with the best resources at its disposal, so that it can more quickly overcome the obstacles so deeply anchored in the very roots of civilisation.”

The ceremony featured a photo exhibition, hosted by the museum, highlighting the unlikely pairing of nuclear science and ocean conservation efforts. It was punctuated by the broadcasting of video messages sent by scientists from all over the world, and a film about the work of the labs.