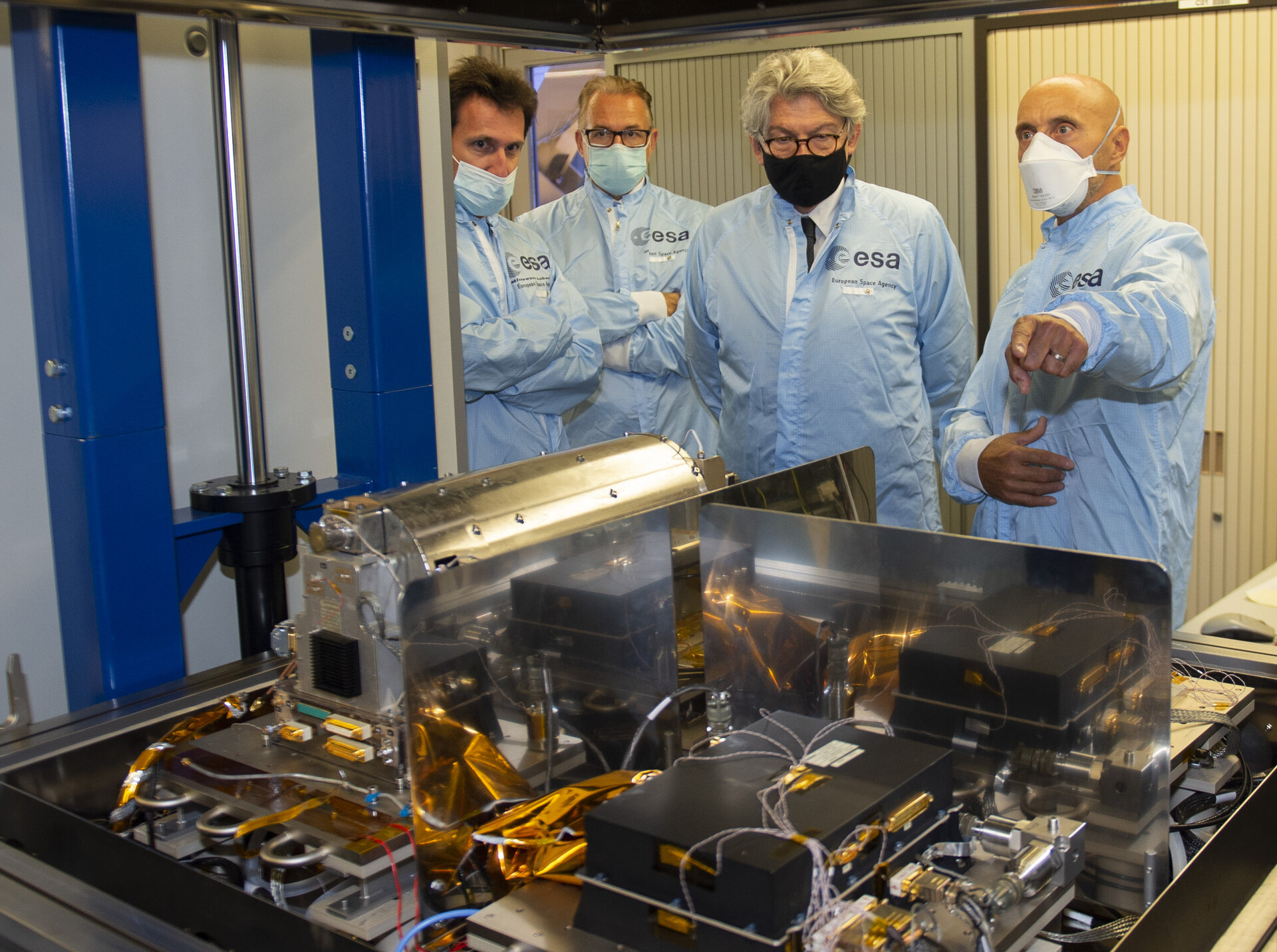 European Commissioner for Internal Market Thierry Breton coming face to the face with the atomic clocks at the heart of Europe’s Galileo satellite navigation system.

They looked in at ESTEC’s Navigation Laboratory, which includes the complete navigation module of a Galileo satellite, kept in cleanroom conditions for technical experiments and trouble shooting.

On the left side sits Galileo’s passive hydrogen maser atomic clock, sufficiently accurate that it would lose only one second over three million years. To the right is a rubidium atomic clock, which would only lose three seconds in one million years. Each satellite carries two each of these two clock types for maximum redundancy.

Commissioner Breton also inspected the six Galileo ‘Batch 3’ satellites currently being tested for space at ESTEC’s Test Centre, the largest satellite test facility in Europe. Two of these Galileo satellites are due for launch later this year.

The Galileo system is operated by the EU Agency for the Space Programme, EUSPA, based in Prague. ESA and EUSPA are partnering on respectively the development and operations of Galileo.

ESA is in charge of the design, development, procurement and qualification of Galileo satellites and their associated ground infrastructure on behalf of the European Union, the system’s owner.