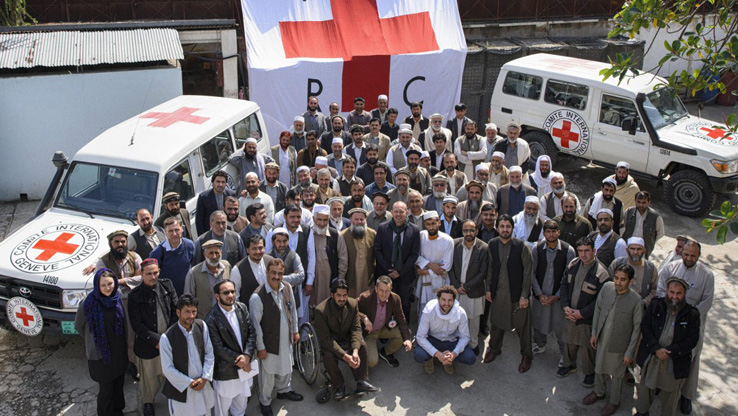 The Monaco Red Cross has announced the release of special emergency funds to assist in humanitarian efforts being made on the ground in the war-torn state of Afghanistan.

As news of the Taliban returning to power in Afghanistan hits fever pitch, people around the world are worrying about the humanitarian implications that could be imposed by the regime, the Monegasque Red Cross amongst them.

At the request of Prince Albert II, President of the Red Cross, the organisation has released €100,000 in funds to be sent to the country.

The International Red Cross and Red Crescent movement (ICRC) work together to get involved in armed conflicts with the intention of protecting civilian non-combatants. In the case of Afghanistan, many associations are pulling out, but the Red Cross has vowed to remain and does not plan to reduce their presence.

They are focusing heavily on the needs of those who have been injured in the fighting.

“Our medical teams and our physical rehabilitation centres expect to receive more patients in the coming months and years, victims of the explosive devices that litter the country, many of whom have been planted in recent weeks. We are shocked to see so many children, young women and young men, pouring into our centres that these weapons have mutilated,” said Robert Mardini, director general of the ICRC, in a statement.

The Monegasque Red Cross is in perfect alignment with the ICRC, stating, “The operational focus is currently on health activities, especially for people wounded by weapons of war, and the dialogue concerning the impact of the current fighting on the civilian population.”

Additional donations are welcome and can be made directly on the website at www.croix-rouge.mc