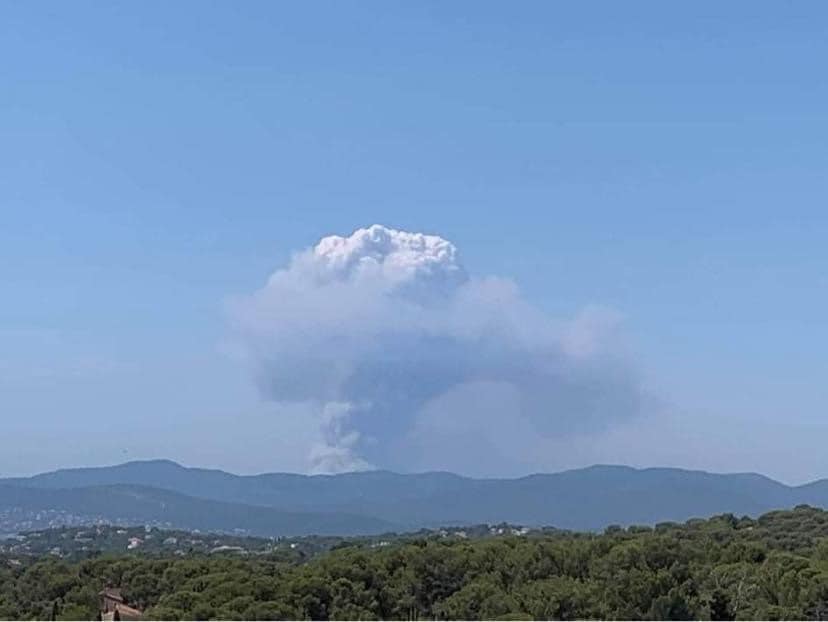 The fire in the hinterland of Saint-Tropez has claimed 6,300 hectares and two lives as of Thursday morning with no sign of containment, though hopes are high as officials called Thursday a “decisive” day.

The wildfire in the Var now has a body count, with the announcement that two people have been killed. The first, a man thought to be around 50 years old, was found burned to death in his home near Grimaud by a friend. The second is a 32-year-old woman on holiday.

The Prefect of Var, Evence Richard, made an emotional announcement on Wednesday at press conference saying, “We currently have two victims.”

In addition to the deaths, seven firefighters have been wounded and 24 additional civilians have minor injuries, mainly from smoke inhalation.

As of Wednesday night, the fire, which has proved to be the biggest of the summer thus far, was still raging, but did not progress thanks in part to improving weather conditions. Thursday is believed to be a decisive day, when authorities hope the fire will start to be contained and the worst over.

About 1,200 firefighters are on the scene from all over France. Nearly 10,000 people have been evacuated from their homes and about 50 houses were affected by the blaze.

President Emmanuel Macron has been on the ground since Tuesday, providing support to the rescue services.

Local authorities are asking the public to respect their appeals to let firefighters get on with it. They request the that people do not congregate on access roads, come close to the blaze in order to take photos or videos or use the routes on the outskirts of the Golfe de Saint-Tropez to allow emergency vehicles to move freely and swiftly.

The fire, which started Monday evening near a motorway stop, has claimed 6,300 hectares and has burned more than half the Plaine des Maures nature reserve, a place known for its biodiversity, home to 240 protected species including various bats, reptiles, and the endangered Hermann’s tortoise.

The park’s conservator, Marie-Claude Serra, told The Guardian newspaper, “Amid this human catastrophe, the worry is that we’re living through an ecological catastrophe as well. There’s very little moisture in the plants. This, combined with the high heat and the wind produced the explosive cocktail that we are now experiencing – devastating fires that move very, very quickly. We need to stop asking whether climate change is here or not. It’s here. What are we going to do about it?”