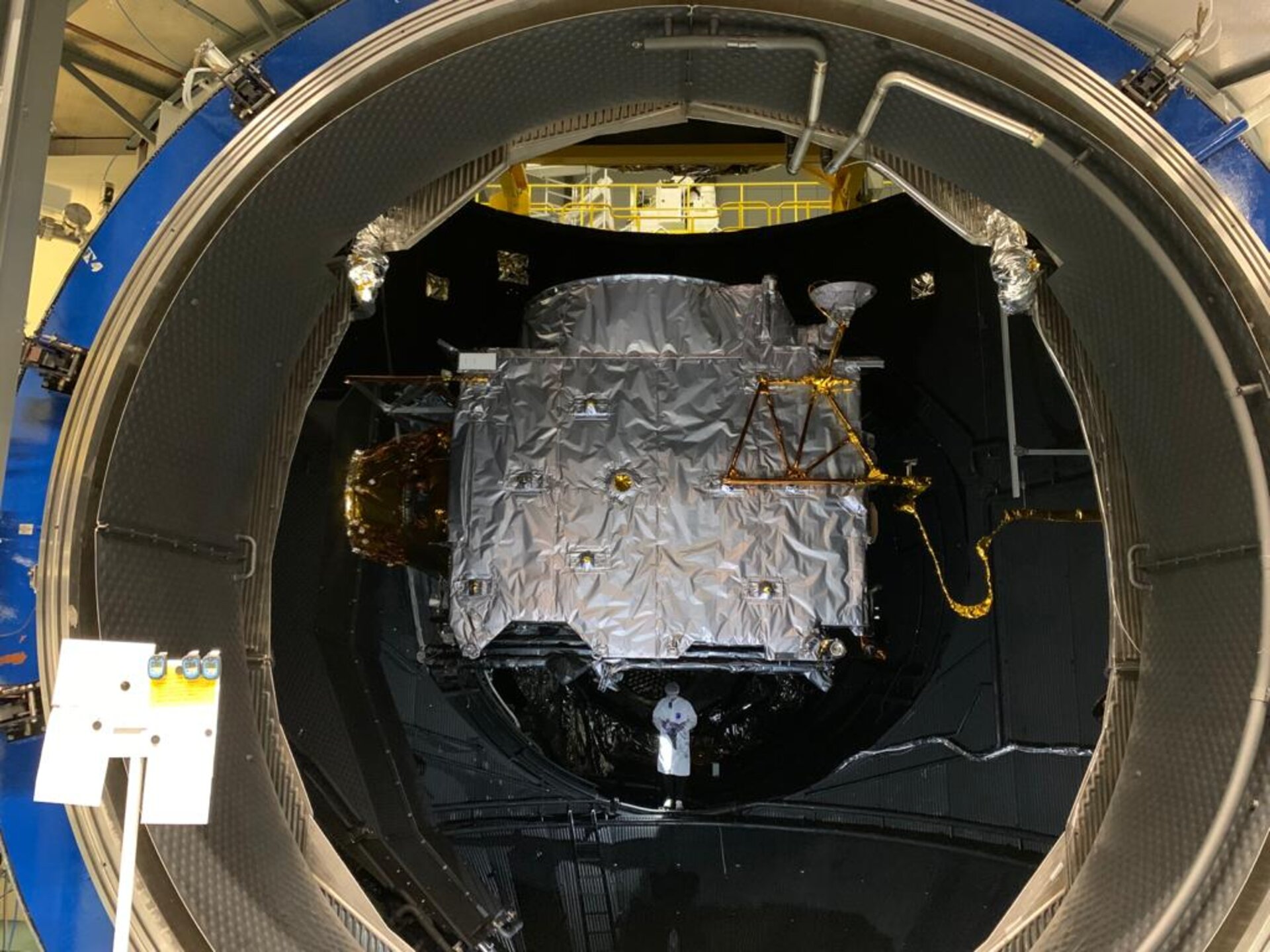 ESA’s Juice mission to Jupiter has successfully endured a month of space-like conditions inside the Large Space Simulator, the largest vacuum chamber in Europe.

At 10 m wide and 15 m high, the Large Space Simulator (LSS) is big enough to accommodate an upended London double decker bus. It is part of ESA’s ESTEC Test Centre in the Netherlands, the largest satellite testing facility in Europe.

The flight model of the Jupiter Icy Moons Explorer, Juice, was exposed to vacuum a billion times lower than standard seal level pressure, along with representative temperature extremes the spacecraft will encounter on its journey to Jupiter, ranging from 250°C to -180 °C.

The LSS’s artificial Sun simulator recreated the searing sunlight Juice will experience during its 88-month cruise phase, which will include a flyby of Venus. Liquid nitrogen circulating through the walls of the chamber mimicked the chill of deep space.

After a month of round-the-clock monitoring, the chamber doors were opened on 15 July. Next the spacecraft will return to Airbus Defence and Space in France, for final preparations for its launch next year.

Once in the Jovian system Juice will make detailed observations of Jupiter and its three large ocean-bearing moons – Ganymede, Callisto and Europa – with a suite of remote sensing, geophysical and in situ instruments.

The mission will investigate the emergence of habitable worlds around gas giants and the Jupiter system as an archetype for the numerous giant exoplanets now known to orbit other stars.