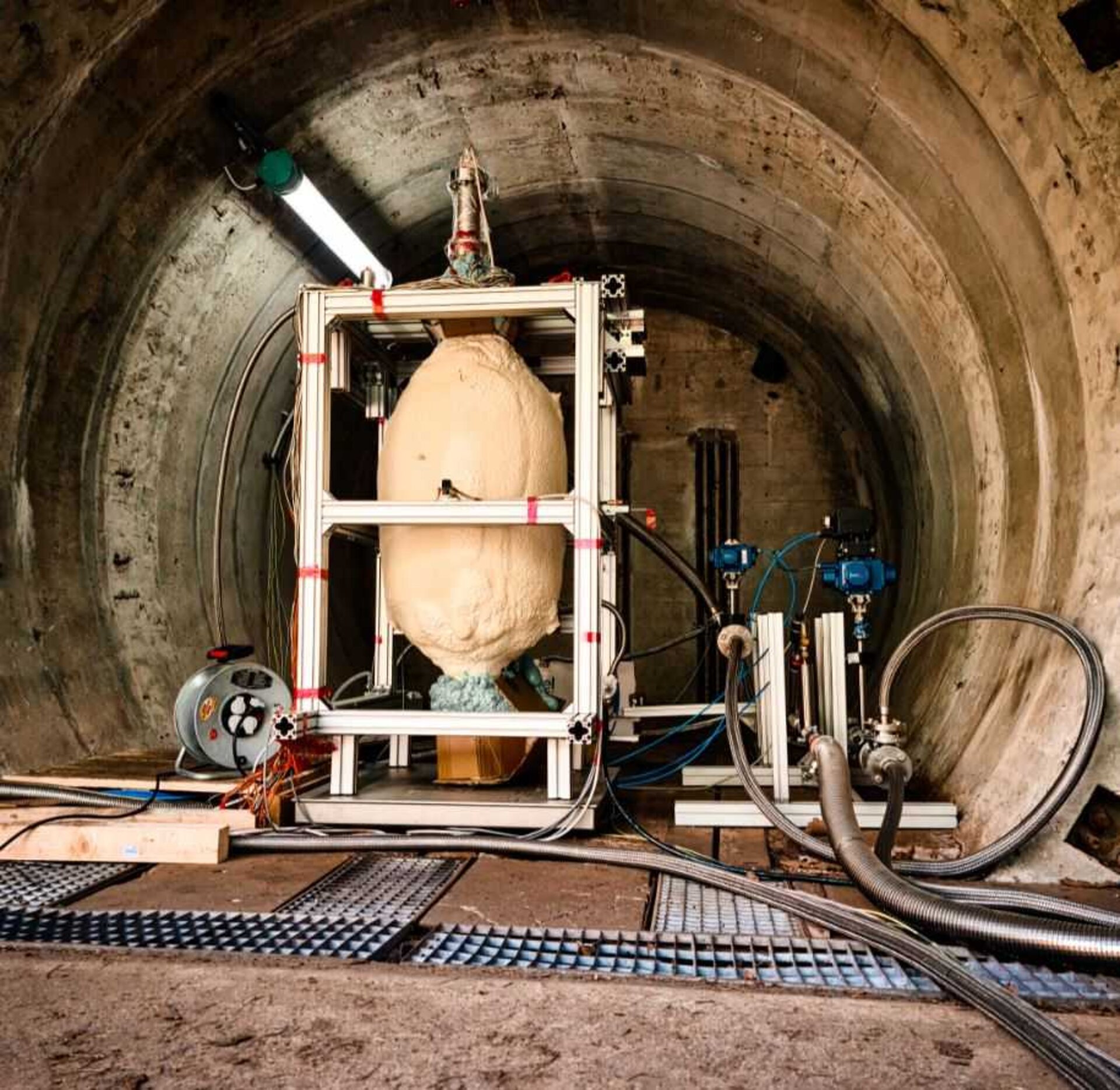 Future rockets could fly with tanks made of lightweight carbon fibre reinforced plastic thanks to ground-breaking research carried out within ESA’s Future Launchers Preparatory Programme.

Building on earlier studies, MT Aerospace in Germany has demonstrated a novel design of a small scale tank made of a unique carbon fibre reinforced plastic (CFRP) that is not only leak-proof with liquid hydrogen, but also compatible with liquid oxygen, without the use of a metal liner.

A tank made solely of CFRP is much lighter than metal, requires fewer parts and is therefore faster and cheaper to manufacture.

This is a milestone achievement as normally, storage of cryogenic propellants such as these which are cooled to -253˚C requires tanks with metallic liners to make them leak-proof, with or without a composite overwrap.

“Fuel tanks are safety-critical elements in any propulsion system,” explained Hans Steininger, CEO at MT Aerospace. “We have provided proof that a high-performance pressure tank made of CFRP can withstand cryogenic stress. In the future, the use of CFRP high-performance tanks should not only enable safe rocket launches, it can also exploit the advantage of significantly lower mass compared to metallic tanks.”

“This is a tremendous step forward. We have found a very specific carbon composite and processing method that will allow us to consider new architectures and combinations of functions for rocket upper stages which are not possible using metal,” added Kate Underhill, Upper stage and propulsion demonstrators project manager in the Future Launchers Preparatory Programme at ESA.

“Metal is leak-tight. To recreate the same property with carbon composite required a complex weave of black carbon fibre and a special resin. The material resisted cryogenic temperatures, pressure cycles and reactive substances over a number of separate tests.”

Following these ‘bottle’ tests, small-scale tank demonstrators with integrated thermal protection will soon be built for further tests. Data collected will feed into development of a full-scale demonstrator of a future highly-optimised upper stage, called Phoebus.

Phoebus will have 3.5m diameter hydrogen and oxygen tanks, thermal protection, structural assembly elements and feature new technologies in avionics, structures and propulsion equipment. CFRP will be applied in the tanks, the interface structure between the two tanks and the outside cylinder representative of the upper stage outer skin.

The Phoebus demonstrator will be tested with cryogenic fluids in 2023 to confirm the functional performance of the technologies and new cost-efficient production methods as part of a new contract to advance the development of highly optimised upper stages.

“Here is an excellent example of how ESA’s support to mature cutting-edge technologies leads to major breakthroughs. This new lightweight carbon-based material would allow the manufacture of an Ariane 6 upper stage that is two tonnes lighter – mass made free for payloads,” said Daniel Neuenschwander, ESA Director of Space Transportation.

The Phoebus project is a joint initiative by MT Aerospace and ArianeGroup in Germany to validate key technologies developed with support from ESA since May 2019.