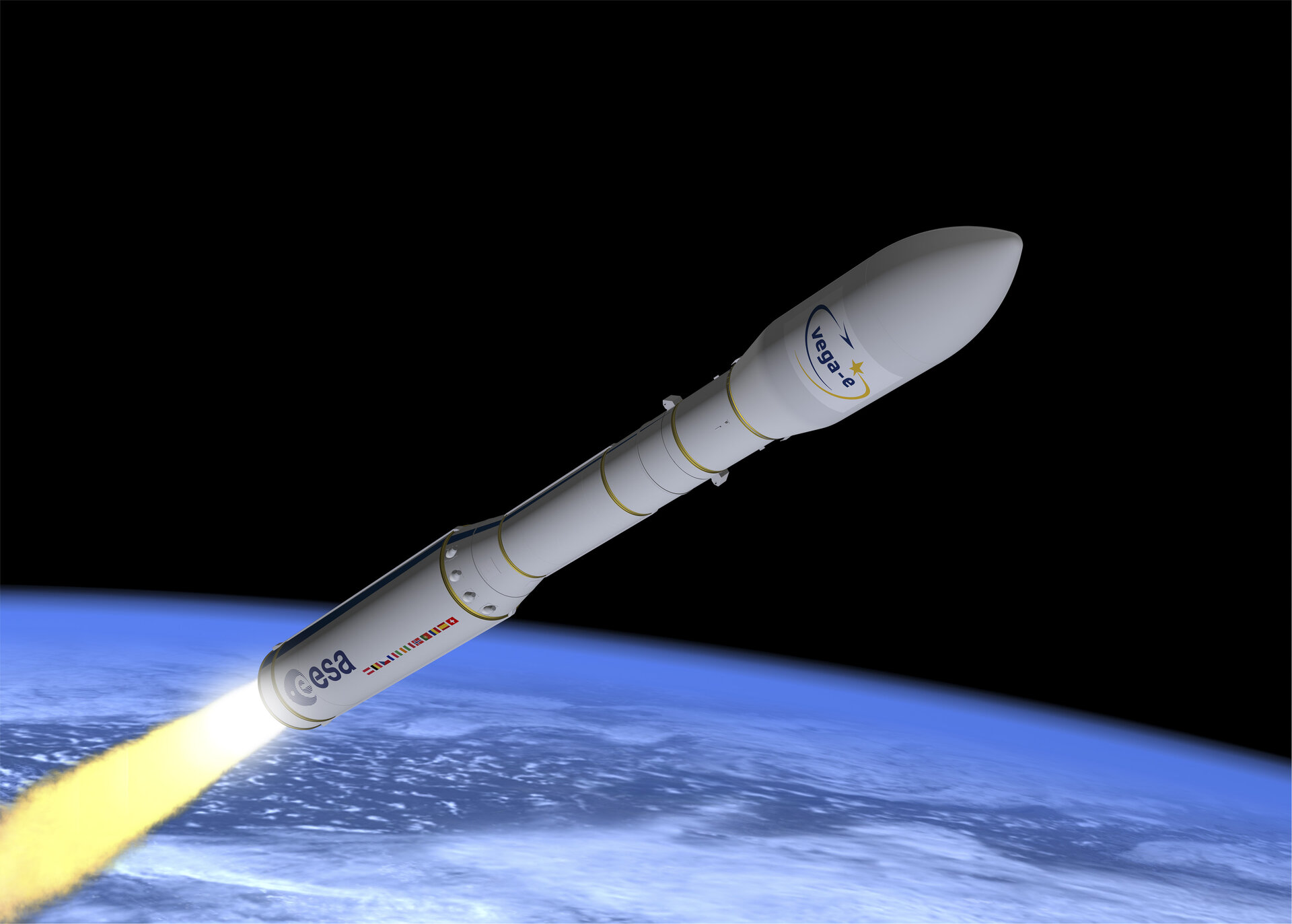 ESA will further increase the competitiveness and environmental sustainability of Europe’s Vega launch system beyond 2025 through a contract signed with Avio in Italy.

Vega operates from Europe’s Spaceport in French Guiana to launch light satellites to one or multiple orbits in a single launch. This contract takes Vega a step further and marks the start of a new phase in preparation of a new Vega launch vehicle called Vega-E, which will make extensive use of Vega-C building blocks.

The objective with Vega-E is to further increase the competitiveness and performance of Vega-C – which is planned to have its first flight in 2022. This will increase its flexibility in terms of payload mass and volume and reduce the launch service cost and globally the cost of launch per kilo offered in the market.

The key for achieving these objectives is the use of new technologies for a completely new upper stage, featuring a new low-cost liquid-fuelled engine.

“This contract takes Vega a step further having at its heart the new M10 liquid oxygen–methane cryogenic engine, which will further increase its competitiveness, performance and sustainability,” said Daniel Neuenschwander, ESA Director of Space Transportation.

Vega-E will have three stages unlike Vega-C which has four. Two stages will be derived from Vega-C: the first stage P120C solid rocket motor which provides the thrust at liftoff and the second stage solid rocket Zefiro-40 motor. The new third stage is the liquid oxygen–methane cryogenic upper stage which is the core of Vega-E preparation.

“Vega-E’s upper stage will replace the third stage Zefiro 9 solid-propellant motor and the fourth stage upper AVUM of the current Vega configuration. This will have a beneficial effect on performance and cost,” explained Renato Lafranconi, Vega programmes manager at ESA.

“The reduction of emissions and combustion waste makes the introduction of the M10 engine a further improvement in environmental sustainability which is a driver for the future of Vega,” added Adriana Sirbi, Vega Evolution Preparation Manager at ESA.

Industries and universities from eleven countries are involved in the preparation of the Vega-E launch system, and will contribute to the success of this European rocket. Prime contractor, Avio, with partners will further define the launcher system and its subsystems as well as the preliminary design of the Vega-E launch pad and the associated infrastructure at Europe’s Spaceport in French Guiana.

The contract, worth €118.8 m, was signed at ESA’s establishment in Frascati, Italy, by Daniel Neuenschwander, ESA Director of Space Transportation and Giulio Ranzo, CEO at Avio.