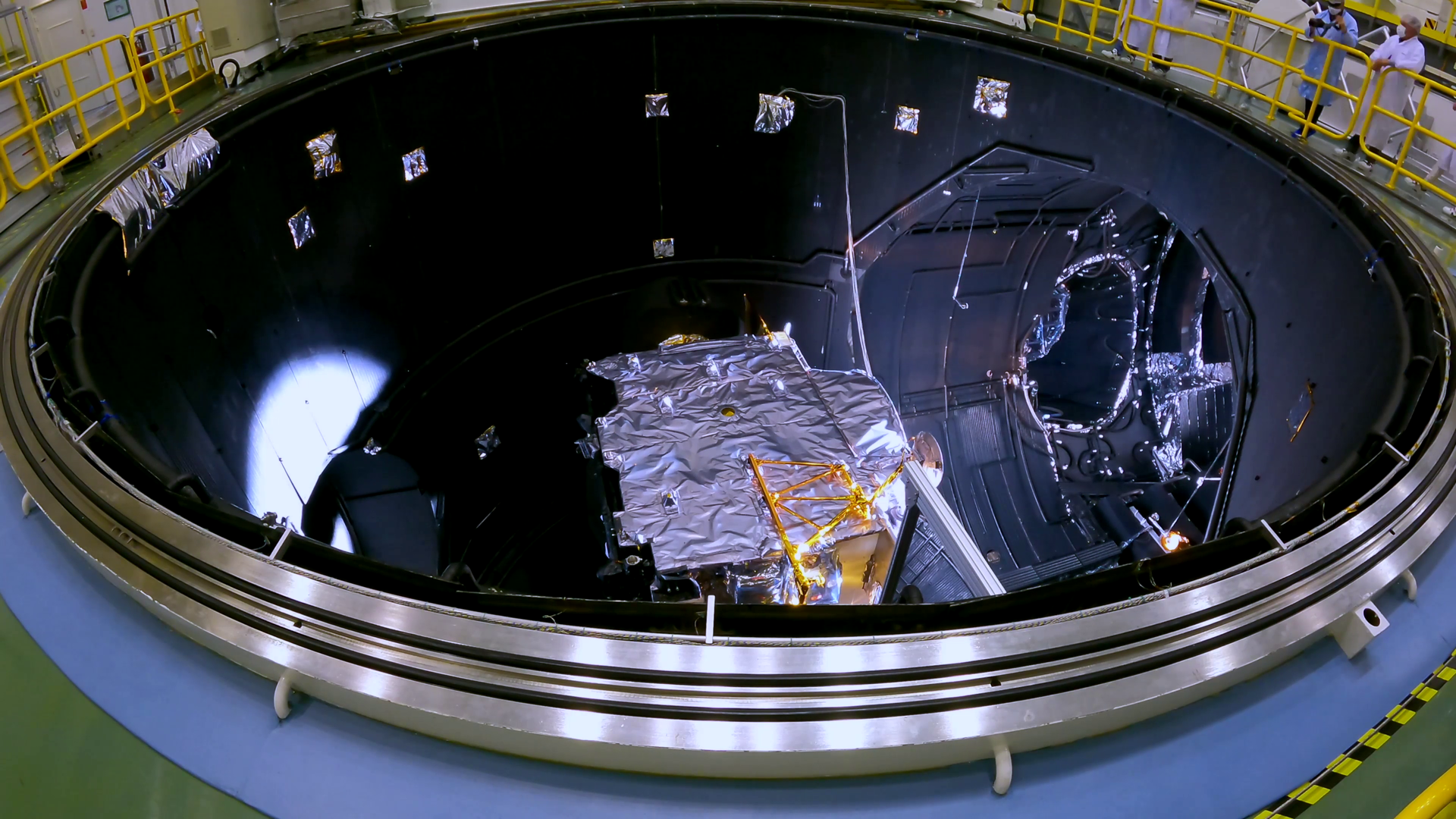 The ESA Jupiter Icy Moons Explorer (Juice) team has been working very hard to prepare the spacecraft for the first test in the one-year long environmental test campaign. This is the so-called Thermal Balance Thermal Vacuum (TBTV) test.

Juice is in the Large Space Simulator (LSS), a unique facility in Europe (run by the European Test Center, at ESA/ESTEC in the Netherlands) that can simulate the vacuum and cold and hot temperature conditions in space, and also the Sun itself!

The TBTV started on 17 June with the closure of the LSS and the “pumping-down”, meaning the removal of air within the chamber to a pressure level of 10nbar (1/100 000 000th of the outside air pressure). This is the closest Juice will come to space conditions while on Earth. It will undergo 24/7 testing, ending on 16 July 2021.

In this episode this process is followed and several team members comment on the different moments.

Access the other episodes of The making of JUICE