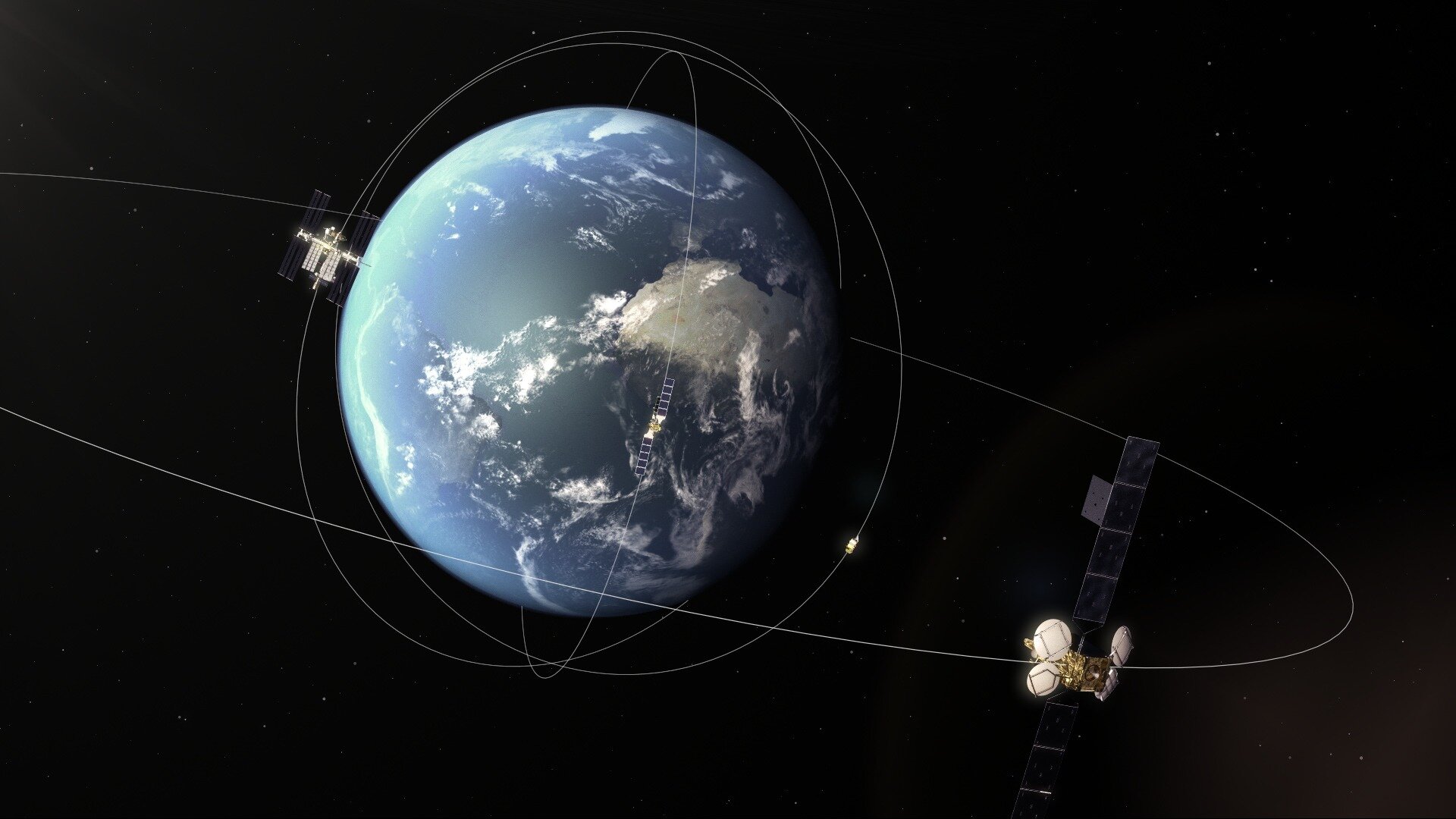 Valuable data is flowing rapidly from Earth observing satellites back to the planet, thanks to the most sophisticated laser communication network ever built.

Day-and-night radar images and multispectral high-resolution images of vegetation, soil and water cover, inland waterways and coastal areas – as well as information for emergency services – are arriving back at Earth in almost real time.

Some 50 000 links have now been established between four low-Earth orbit satellites and the two geostationary communication satellites that form the European Data Relay System (EDRS).

This geostationary position – nearly 36 000 kilometres above Earth – enables the communication satellites to maintain an almost constant connection with Earth-observation satellites, which are closer to the planet’s surface and circle the Earth approximately every 90 minutes.

The EDRS satellites use lasers to communicate with Earth-observation satellites and beam their data back to Europe using radio-frequency transmissions in almost real time. Communication without these relay satellites would result in delays of up to 90 minutes.

The four Earth-observation satellites communicating with EDRS are Sentinel satellites belonging to the EU’s Copernicus programme. EDRS includes radio inter-satellite link capability, which will also be used to relay information from the International Space Station and other commercial satellites.

EDRS is an independent European telecommunication satellite system, and is a Partnership Project between ESA and operator Airbus as part of ESA’s efforts to federate industry around large-scale programmes, stimulating technology developments to achieve economic benefits.

The two EDRS satellites were built by Airbus and by OHB System in Germany, under ESA’s programme of Advanced Research in Telecommunications Systems.