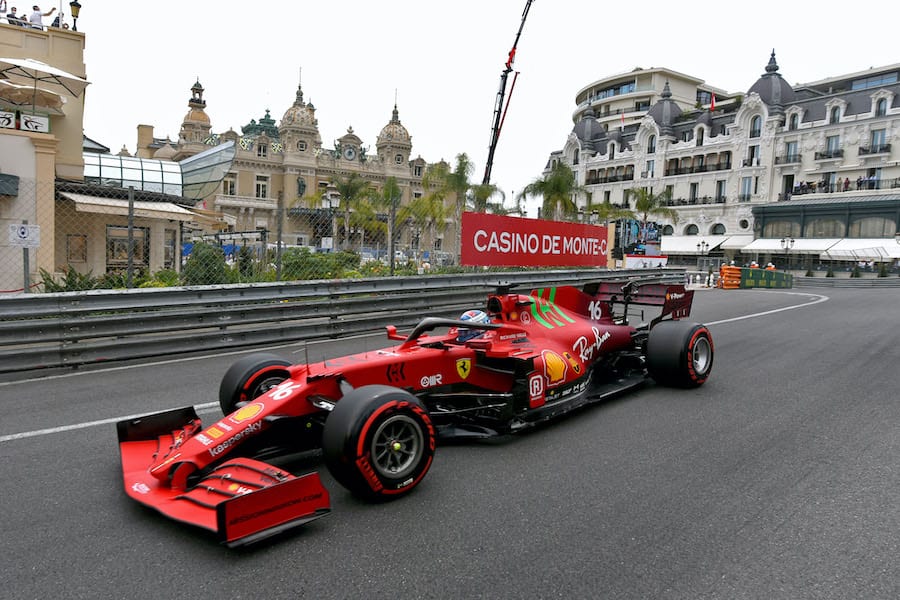 Ferrari pole sitter Charles Leclerc has been withdrawn from his home Monaco Grand Prix because of a driveshaft problem.

Ferrari said the driveshaft problem, which emerged just before the race, was impossible to fix in time for the start.

His withdrawal was a shock as the team had, just hours before, cleared his car to race in the iconic race.

The 23-year-old had smashed into the barriers lining the street circuit with 18 seconds left on the clock during qualifying on Saturday, the impact raising fears that the car could need a new gearbox and incur a five-place grid drop.

Ferrari raised his hopes some hours later on Saturday by saying an initial inspection had “not revealed any serious damage”. But further checks on Sunday were deemed necessary.

They insisted: “The Monegasque driver will start today’s race from pole position, as per the qualifying result.”

But just an hour later, and  as the 3pm start time approached, came news that his car would not be leaving the pits.

“Charles will not start the race due to an issue with the left driveshaft which is impossible to fix in time for the start of the race,” said the team.

For Leclerc, it was a cruel end to his dream of winning his home grand prix.

He was to have joined Red Bull’s title contender Max Verstappen on the front row, with Mercedes’ championship leader Lewis Hamilton lining up a distant seventh for the fifth round of the season.

Ferrari have not won a race since 2019 and the only Monegasque to win his home grand prix was Louis Chiron in 1931, long before the Formula One world championship came into existence in 1950.

Overtaking is extremely difficult on the tight and twisty harbourside street circuit, making grid position and strategy of critical importance.