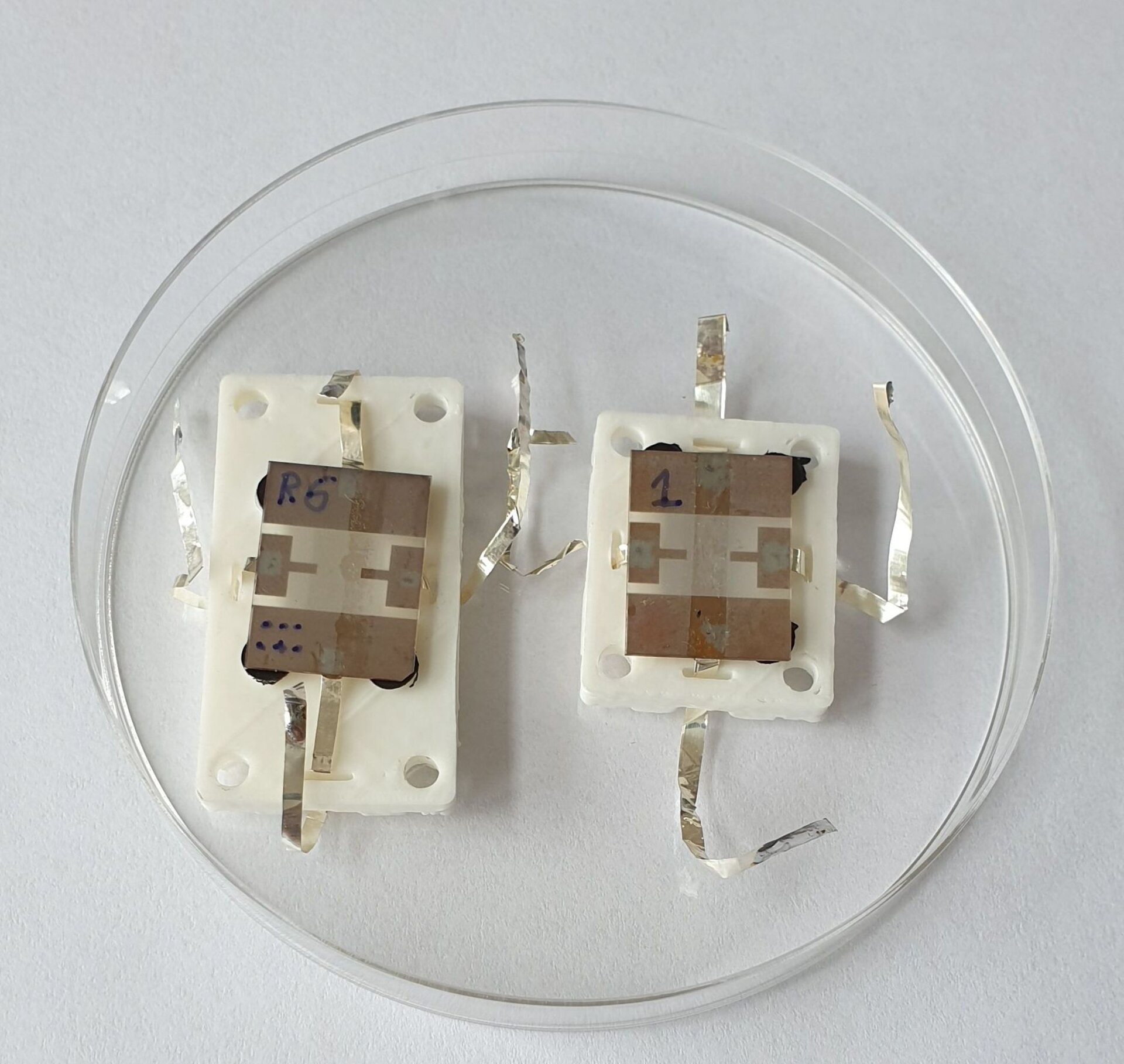 Graphene is the thinnest material known – possessing the thickness of a single atom but 200 times stronger than steel –  and has a reputation for versatility. Now an ESA-backed project has come up with yet another use for this ‘wonder stuff’, as the basis for a combined temperature and magnetism sensor.

“Any time we can do more with less is a good result for the space sector,” notes ESA materials specialist Ugo Lafont. “Thanks to the unique properties of graphene, our prototype bi-functional sensor can measure magnetic field strength at the same time as taking temperature readings.

“And our tests show the sensor operates reliably from room temperature down to 12 degrees Kelvin. Normally separate temperature sensors are required to accurately measure such wide temperature ranges, right down to cryogenic levels.”

Graphene’s discoverers won the Nobel Prize in 2010, but its raw material is commonplace enough: graphite, as found in the tip of pencils. Graphene is made out of a single layer of graphite, a hexagonal lattice of carbon atoms, so thin that it is transparent, and essentially two-dimensional.

Among its other properties, graphene is an excellent electrical conductor, and it is this characteristic that the new bi-functional sensor makes use of.

“The intrinsic electrical resistance of graphene changes as a function of temperature, and this allows the sensor to make very precise measurements across the temperature scale,” adds Ugo. “In addition the sensor employs a phenomenon called the Hall Effect, where a voltage difference is produced across an electrical conductor by the presence of a magnetic field.

“That might sound straightforward enough but to make the design work in practical terms we needed an extremely high quality, large-scale sheet of graphene, nearing a square centimetre in scale. This is where our partner came in, Advanced Graphene Products in Poland.”

There is a variety of ways to produce graphene, starting with the low-tech method of applying sticky tape to graphite. Advanced Graphene Products, AGP, employs a deposition method, where a graphene layer is built up on a surface, first developed at Poland’s Lodz University of Technology.

“This liquid surface is so smooth by comparison to its solid equivalent that the graphene flakes match up to each other, minimising overlapping and mismatches. We have implemented our technology for mass production, and can produce graphene sheets of up to 1 m in length.”

The next step was to align AGP’s graphene sheet to the sensor’s electrical connectors with molecule-scale precision, then safely encapsulate it, a task performed by the PORT Polish Center for Technology Development.

Testing of the prototype sensor took place at AGP as well as Lodz University of Technology, demonstrating precision down to a hundredth of a degree.

“As well for space, the potential is there for use in a lot of other markets, including for cryogenic equipment, in energy and power markets, even for food and beverage production,” adds Ugo.

“The next step will be the make the design even smaller and more user friendly, while we’re also working on other graphene-based sensor concepts, such as detecting trace levels of contaminants, or even microbes, below the detection threshold of traditional sensors.

“More broadly we’ve been looking into adding graphene for better batteries and other energy storage methods, as well as an added ingredient of various materials, to augment their strength and electrical properties.”

This project was supported through ESA’s Polish Industry Incentive.