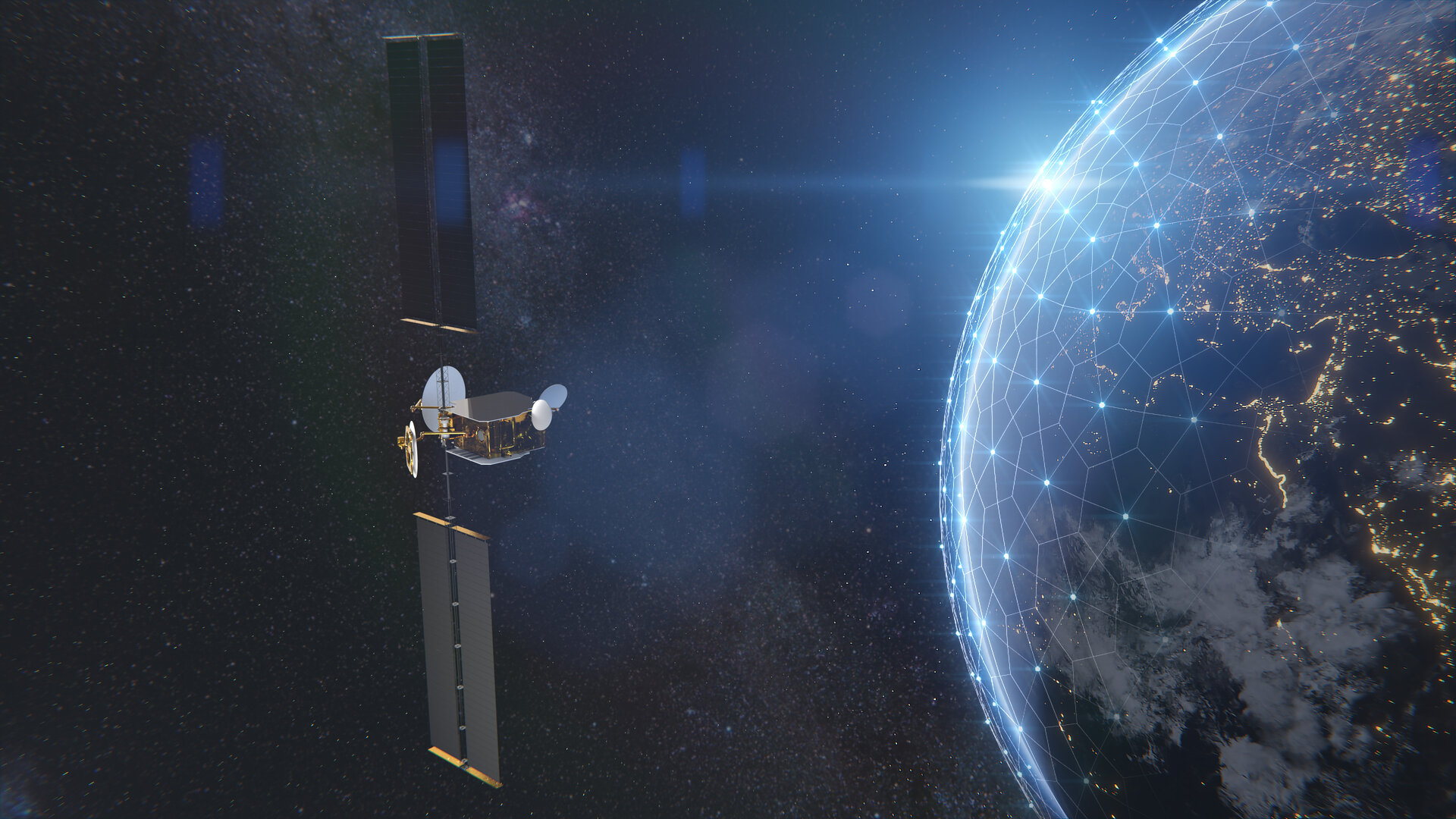 The design for a series of telecommunications satellites that can be completely repurposed after launch has just been completed.

The standardised OneSat satellites for the highly competitive global commercial telecommunications market are software defined and fully reprogrammable in orbit. They are being developed as an ESA Partnership Project with manufacturer Airbus.

Unlike existing satellites, which typically have individually customised payloads, these satellites are otherwise identical and are programmed by software for each specific mission – and can even be re-purposed once in orbit or moved to a new orbital position.

The satellites will operate in geostationary orbit some 36 000 kilometres above Earth.

Airbus is currently manufacturing seven OneSats for its customers around the world. This commercial success is comparable to that of Eurostar Neo, developed in a separate ESA Partnership Project, of which eight satellites have been sold so far. Development of both programmes is supported by ESA, as well as the French Space Agency (CNES) and the UK Space Agency.

“This was largely made possible thanks to key support from space agencies, which further reinforces European industrial competitiveness and jobs, preserving Europe’s sovereignty in space. These investments gave us the impetus to innovate and offer pioneering technological and industrial solutions to our customers.

“Thanks to our intuitive reading of the market, the right technological choices and a disruptive supply chain approach, we see OneSat and Eurostar Neo as key pillars in the current and future geostationary telecoms market.”

Caroline Laurent, Director of Orbital Systems at CNES, said: “With the final design review, OneSat has reached an important milestone that allows it to start the manufacturing and qualification phases, in order to deliver the first satellites in 2023. This has been made possible thanks to the involvement of all stakeholders of this ambitious project.

“After initiation of the preliminary design phase between Airbus and CNES, the final design phase has followed on in cooperation with ESA. CNES aims to keep the satellite communications industry at the leading edge of the market.”

Elodie Viau, Director of Telecommunications and Integrated Applications at ESA, said: “I am proud that ESA is associated, through the OneSat partnership project, with the development of this innovative software-defined satellite product line.

“Such partnership projects allow industry to engage in ambitious and challenging endeavours to accompany the transformation of the satellite communications market, to strengthen European leadership and ultimately to ensure our citizens are better connected.”

OneSat is part of ESA’s programme of Advanced Research in Telecommunications Systems (ARTES). Like previous ESA Partnership Projects, it is expected to generate an exceptional return on investment to European industry, creating jobs and boosting prosperity in ESA member states.