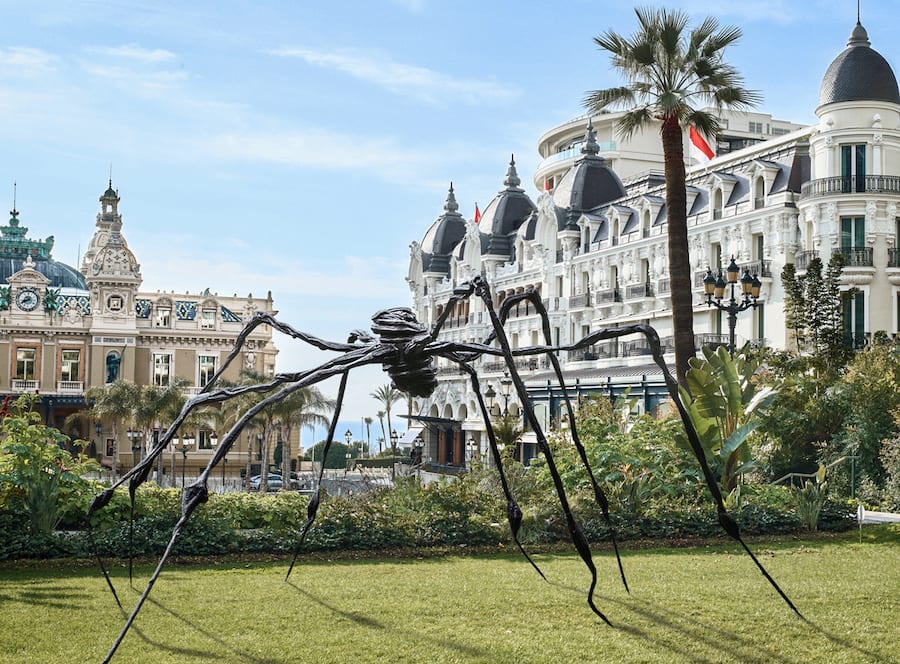 Monaco has been earmarked as the home for a new private viewing space by Zurich-based gallerists Hauser and Wirth who will hold their inaugural show in June celebrating the works of Louise Bourgeois.

The celebrated mega-gallery Hauser and Wirth, which spent the last few years expanding beyond traditional art centres, has announced the opening of a private viewing space in Monaco. Previewed to debut on 19thJune, the space will feature the works of Louise Bourgeois and will be called Maladie de l’Amour.

The artist’s prodigious bronze sculpture, Spider, will take up residence in the garden of the new gallery for the summer, staying until September. In addition, two suspended aluminium sculptures dating from 2004 will be on display inside as will other works dating from the period between 1947 and 2008.

This inaugural show will “play a part in the continuing revival of the art scene in Monaco”, says gallery president Iwan Wirth in a statement. The space also signals the gallery’s continuing interest in going beyond metropolitan hubs to the places where collectors actually live and work.

In addition to the Monaco location, the gallery has opened spaces in St Moritz and Southampton and is set to open an ‘arts centre’ in Menorca over the summer.

“This is something we have always done,” Wirth says of the gallery’s growing reach outside capital cities. “But it’s an even more important step given the impact of events over the last year during which we have sought out new ways to present and sell works of art.”

The 290 square metre space with nine-metre-high ceilings was designed by Selldorf Architects, the gallery’s go-to for their spaces.

Louise Bourgeois’s show at Hauser and Wirth will run from 19th June to 25th September.