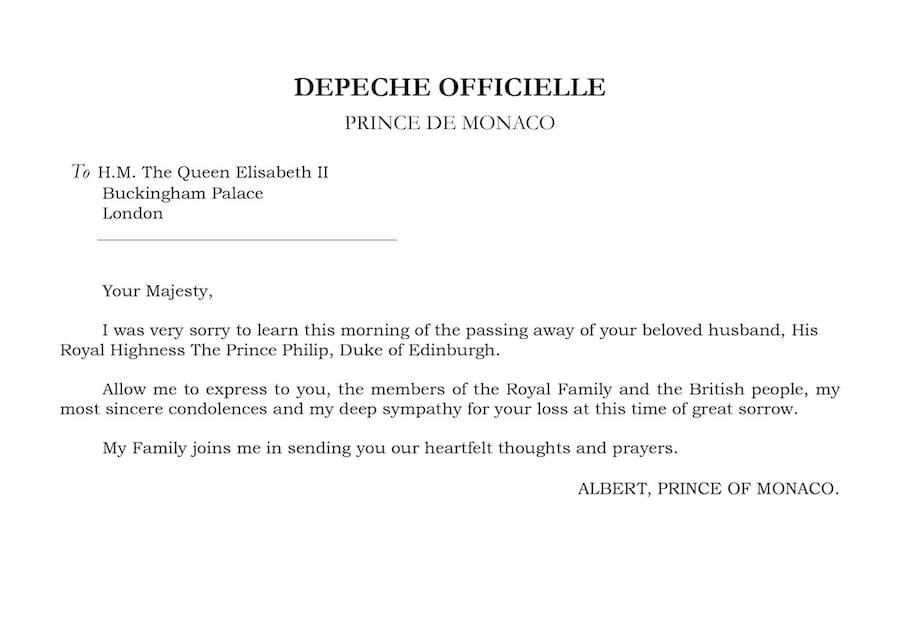 Prince Albert of Monaco has sent a letter of condolence to Queen Elizabeth following the death of her husband, Prince Philip, Duke of Edinburgh.

The longest-serving consort in the history of the British monarchy died peacefully at Windsor Castle on Friday aged 99. He was just two months away from celebrating his 100th birthday.

In a letter to Queen Elizabeth II, Prince Albert expressed his condolences and deep sympathy to Her Royal Highness, the Royal Family and the British people on their loss, adding that the Princely Family join him in sending their heartfelt thoughts and prayers.

Prince Albert joins an enormous chorus of condolences from current and former leaders throughout the world.