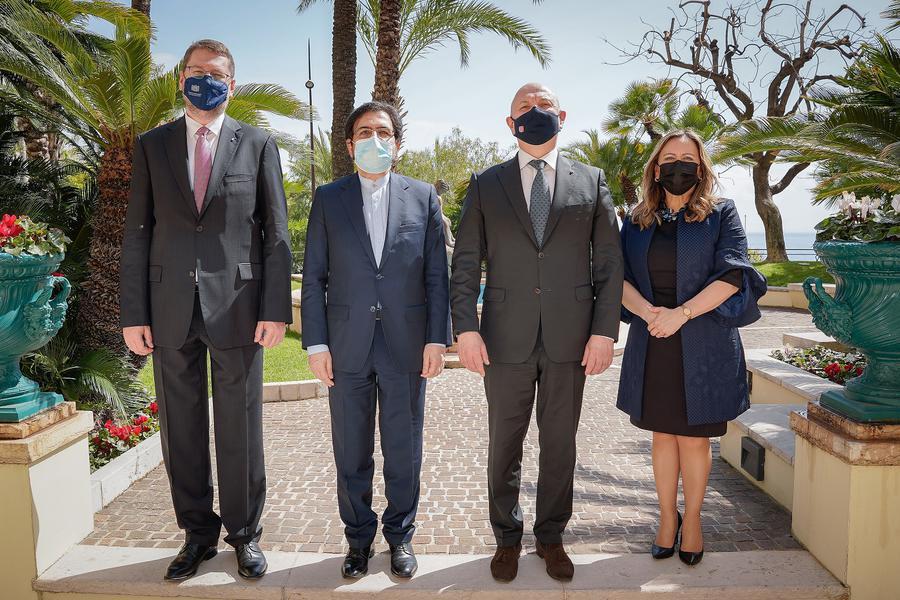 The Principality has welcomed three new ambassadors from Iran, Latvia and Honduras.

Laurent Anselmi, Minister of Foreign Affairs and Cooperation, joined Ambassador for Iran Bahram Ghasemi, Ambassador of Latvia Eduards Stiprais, and Ambassador for Honduras Ivonne Bonilla Medina on Tuesday at a luncheon at the Hermitage Hotel. Prior to the lunch, they offered their credentials to Prince Albert II as is custom.

Following a career in journalism, Bahram Ghasemi joined the Ministry of Foreign Affairs in 1981 as Deputy Director of the Energy Department. He was appointed as Iran’s Ambassador to Ireland in 1987, and subsequently served in the same role in Spain, Italy and Malta. During his career, he has been the Director-General for Western Europe, Vice-President for International Research at the Centre for Strategic Studies, Spokesperson and, finally, Head of the Ministry of Foreign Affairs Public Diplomacy and Media Centre.

Having joined Latvia’s Ministry of Foreign Affairs in 1993, Eduards Stiprais was appointed Ambassador to the European Union in 2004. He has also served as his country’s ambassador to Great Britain, to Northern Ireland and to Uzbekistan. He headed the Chancery of the President of the Republic and the Bilateral Relations Directorate before being promoted to Under-Secretary of State and Political Director of the Ministry of Foreign Affairs.

Ivonne Bonilla Medina has served in various roles within the Ministry of Foreign Affairs and International Cooperation of Honduras, including Director-General of International Treaties, Minister and Head of Consular Affairs at the Embassy of Honduras in Canada, Director-General of Consular Affairs and Migration Policy, and Honduras’ Ambassador to Argentina, the Oriental Republic of Uruguay and the Republic of Paraguay.