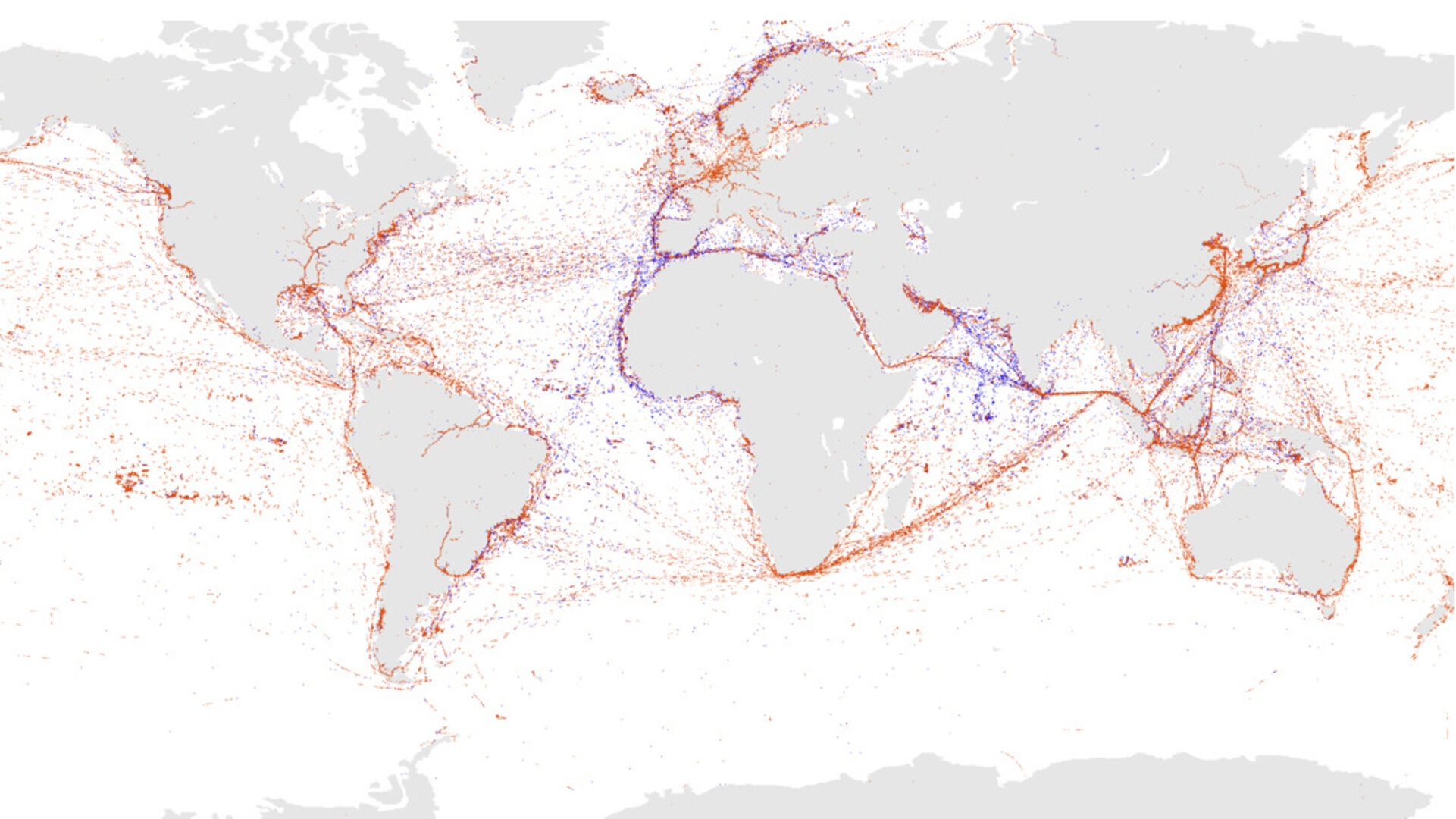 The ESAIL microsatellite for making the seas safer has picked up more than two million messages from 70 000 ships in a single day.

The reliable high-performance satellite was developed as an ESA Partnership Project to help European and Canadian space companies succeed in the competitive global telecommunications market.

ESAIL tracks ships worldwide by detecting messages that ships radio-broadcast with their automatic identification systems, enabling them to be identified even when far out to sea, at long distances from coastal-based monitoring stations.

In the first step, the platform was validated by its Luxembourgish manufacturer, LuxSpace, which involved a number of small and medium-sized European enterprises, that confirmed ESAIL’s excellent performance for operational maritime services.

In the second much more complex step, the data reception and processing of the ships’ automatic identification systems were validated by ESAIL’s Canadian operator exactEarth. It was during this process that ESAIL captured more than two million messages from 70 000 different ships in a single day, representing 15% to 20% better detection rate than previous satellites.

The satellite’s performance was optimised using adaptive on-board and on-ground processing to maximise the number of ships’ messages detected in areas of high traffic, such as the North Sea and South China Sea.

Its operator exactEarth is now integrating ESAIL into its fleet of satellites, which provide maritime services to customers including fisheries, customs, search and rescue, and environmental protection agencies, as well as the European Maritime Safety Agency.

“Our thanks go to ESA and LuxSpace and the entire European satellite manufacturing team for their role in this impressive achievement.”

Oliver Salisch, Managing Director of LuxSpace, said: “LuxSpace is extremely proud of the performance and flexibility exposed by the Triton-2 platform, which has exceeded customer expectations and allowed the optimisation of the performance in orbit. This shows the capabilities of LuxSpace to provide effective and reliable technical solutions to customers all over the world.

“These results were possible due to the extremely fruitful collaboration with ESA and exactEarth in the resolution of the day-to-day challenges.”

The ESAIL project was supported by the Luxembourg Space Agency and other ESA member states.

Marc Serres, Chief Executive of the Luxembourg Space Agency, said: “This maritime microsatellite, built by Luxembourg’s major system integrator LuxSpace in partnership with ESA, demonstrates how a private company and ESA can work closely together to develop a new commercial product.

“It is another tangible demonstration of the success of Luxembourg’s space strategy, focused on creating an attractive ecosystem for NewSpace companies and innovative space entrepreneurs.”

Elodie Viau, Director of Telecommunication and Integrated Applications at ESA, said: “ESAIL is a perfect example of how ESA can help generate significant and tangible downstream value from space platform innovations.

“We look at the development of space assets through the lens of their Earth-bound applications, their societal and economic benefits and the impeccable business logic of our commercial partners.

“Space connects us on Earth. ESAIL shows how ESA and European space agencies are able to forge unique public-private partnerships and couple their institutional strengths, their research and their engineering know-how with industrial excellence, ambitious business objectives and a clear focus on market priorities.”