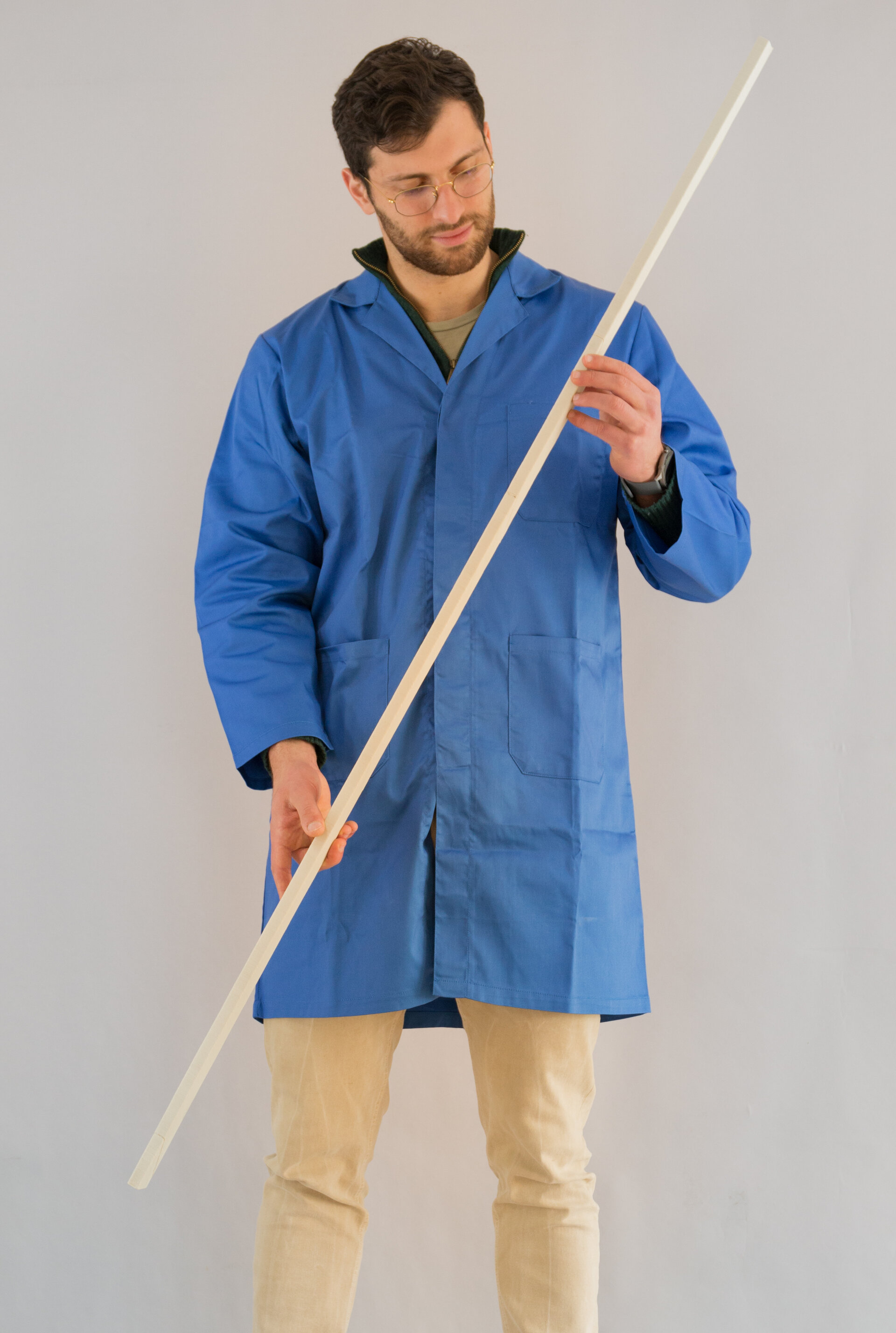 Presented at ESA’s Advanced Manufacturing workshop, this 1.5 m-long hard polymer bar was produced using a 3D printer that is much smaller than it is.

The printer is capable of printing parts of unlimited dimensions in a single direction. It is a ground demonstrator version of 3D printing technology which is ultimately intended for use aboard the International Space Station.

ESA advanced manufacturing engineer Advenit Makaya explains: “Developing out-of-Earth manufacturing solutions for large parts, in a human exploration context such as here and later on for spacecraft structural parts will be essential in enhancing the sustainability and robustness of future space missions.”

Known as Project IMPERIAL, the aim is to develop out-of-Earth manufacturing methods that overcome the build constraints of current 3D printers, enabling easy onboard building and maintenance to enhance the self-sufficiency of future space missions.

“With this activity we have overcome one of the main limitation of 3D printing – the build volume – while using a compact 3D printer capable to process high performance thermoplastics,” says ESA materials specialist Ugo Lafont. “This is a great achievement that will extend the application field of this on-demand manufacturing process.”

The project is being undertaken for ESA by a consortium led by OHB in Germany, with Azimut Space in Germany, Athlone Institute of Technology in the Republic of Ireland and BEEVERYCREATIVE in Portugal developing the 3D printer.

Antonella Sgambati, Project Manager at  OHB System AG in Bremen notes:  “The Fused Filament Fabrication with high performance polymers has been already demonstrated to be unimpacted by a reduced gravity environment, paving the way for new challenges such as the possibility to print unlimited parts in one direction or else exploit batch production. In the frame of the project new technological gaps have been identified and covered by development and prototyping testing at  BEEVERYCREATIVE  which led to this unique achievement, bringing out-of-Earth manufacturing one step closer.”

“Innovating within a working group, – the consortium and ESA technical officers – that fully cooperates and creates synergies, has been a great pleasure,” says Aurora Baptista, CEO of BEEVERYCREATIVE.

The company has shared video from a test printing here.