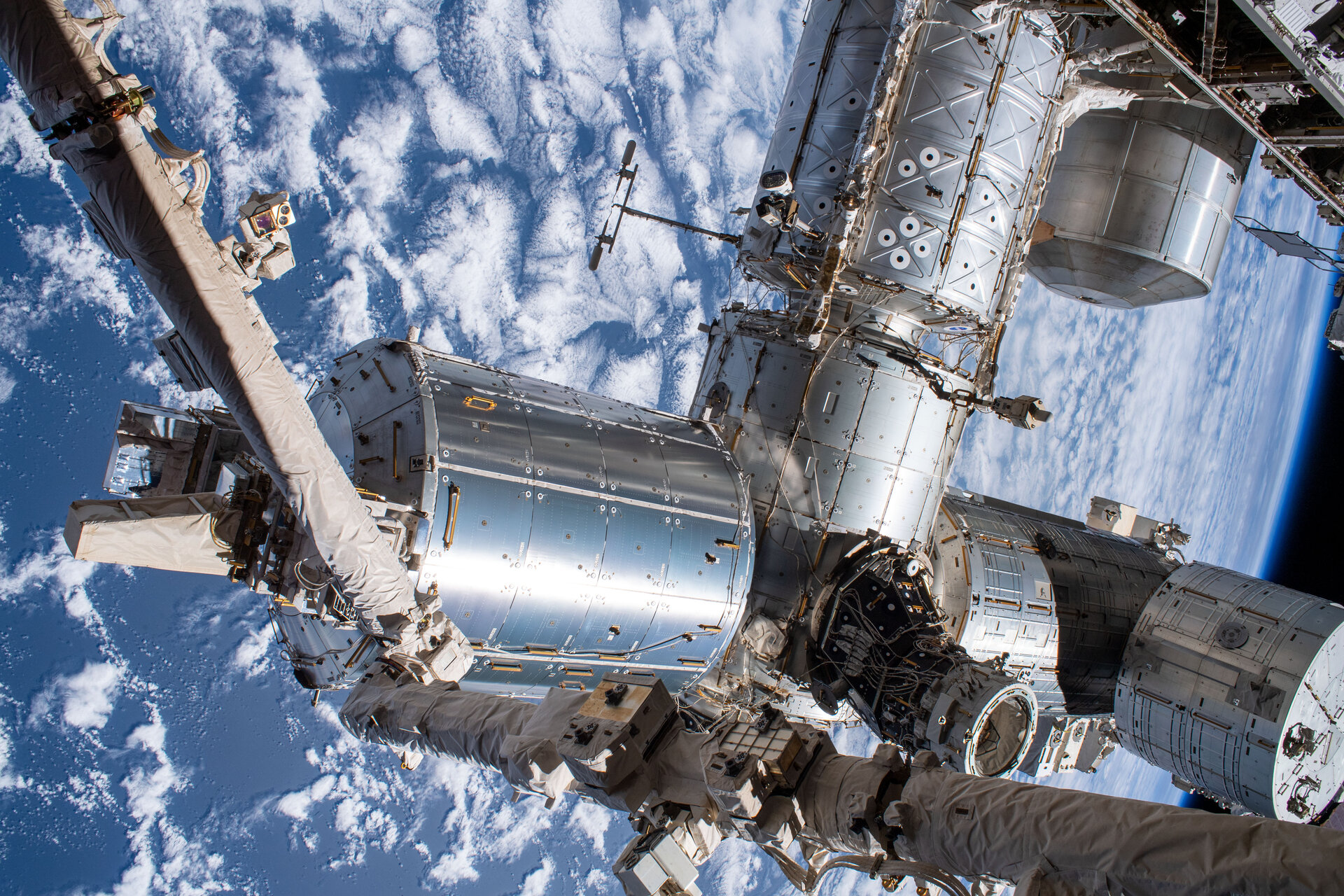 Astronauts aboard the International Space Station are planning a spacewalk to install a high-speed satellite link that will improve their connections with Europe.

The system will enable astronauts to connect at home broadband internet speeds – delivering a whole family’s worth of video streaming for communications and a data pipeline connecting the scientific experiments aboard the Station to researchers in Europe.

The 20-year-old Station – which was built when the internet was in its infancy – will be equipped with a dedicated European autonomous communications module, complementing the connectivity provided by a US satellite communications system.

The small fridge-sized device to be installed on the outside of the ESA Columbus module of the Station will send signals into space, where they will be picked up by a European telecommunications satellite in geostationary orbit 36 000 km above Earth – some 90 times the height of the Station.

The satellite is part of the European Data Relay System and will enable internet-like connectivity with the Station, relaying data directly between the Station and European soil via the system’s ground station in Harwell in the UK.

NASA astronauts Michael Hopkins and Victor Glover are due to install the communications device during a spacewalk on 27 January. They will be guided by ESA astronaut Andreas Mogensen who will lead the installation from the ground, assisting the astronauts during their intricate tasks while on their spacewalk.

The device – nicknamed “ColKa” for “Columbus Ka-band terminal” – connects to a plug outside the Columbus module that will relay the data to and from the astronauts computers inside.

The state-of-the-art system will ensure faster communications by using European infrastructure to relay data to the ground for experiments in the Columbus module, allowing researchers on Earth to access their experiments in real time when the Station is within range of the European Data Relay System satellite.

ColKa will provide speeds of up to 50 Mbit/s for downlink and up to 2 Mbit/s for uplink.

It was designed and built by British and Italian companies, using products from Belgium, Canada, France, Germany and Norway, some of which have been qualified under the ESA’s programme of Advanced Research in Telecommunications Systems (ARTES).

ColKa will use the infrastructure for the European Data Relay System developed as a telecommunications Partnership Project between ESA and Airbus, as part of ESA’s efforts to federate industry around large-scale programmes, stimulating technology developments to achieve economic benefits.

The know-how gained from designing, building and running ColKa will be instrumental for ESA’s communications package under the ESPRIT communications and refuelling module that is being designed for the lunar Gateway – an outpost over 1000 times farther from Earth than the International Space Station that will provide vital support for a sustainable, long-term human return to the lunar surface.