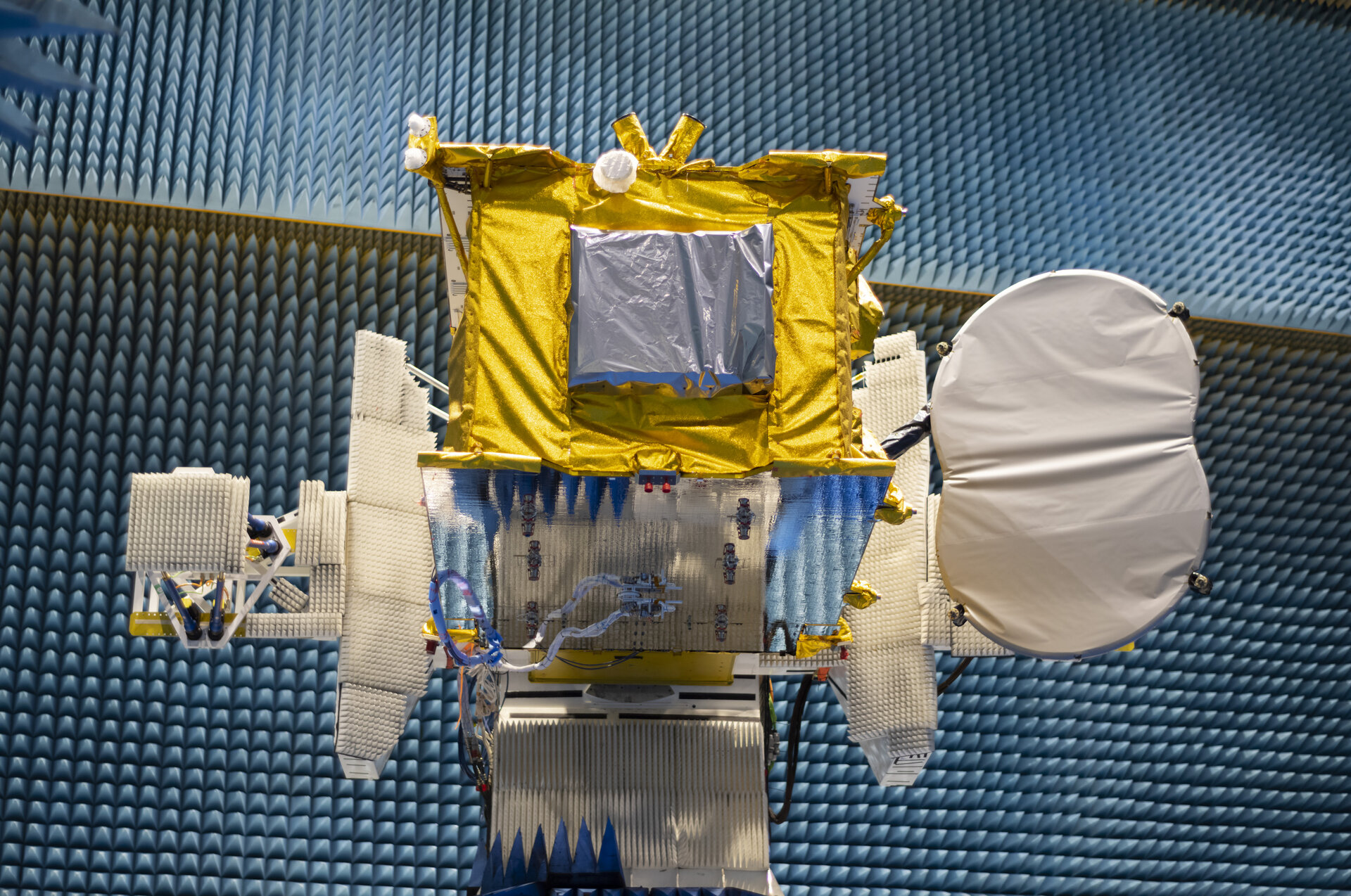 The first European satellite capable of being completely repurposed after launch — developed within an ESA Partnership Project — has concluded its radio-frequency tests at a specialised facility in Toulouse.

Quantum is the first ever software-defined satellite, preparing the way for the next generation of telecommunication satellites that can be reprogrammed in orbit. It offers unprecedented in-orbit reconfigurability in coverage, frequency and power, which allows for complete mission rehauls including changes in orbital position.