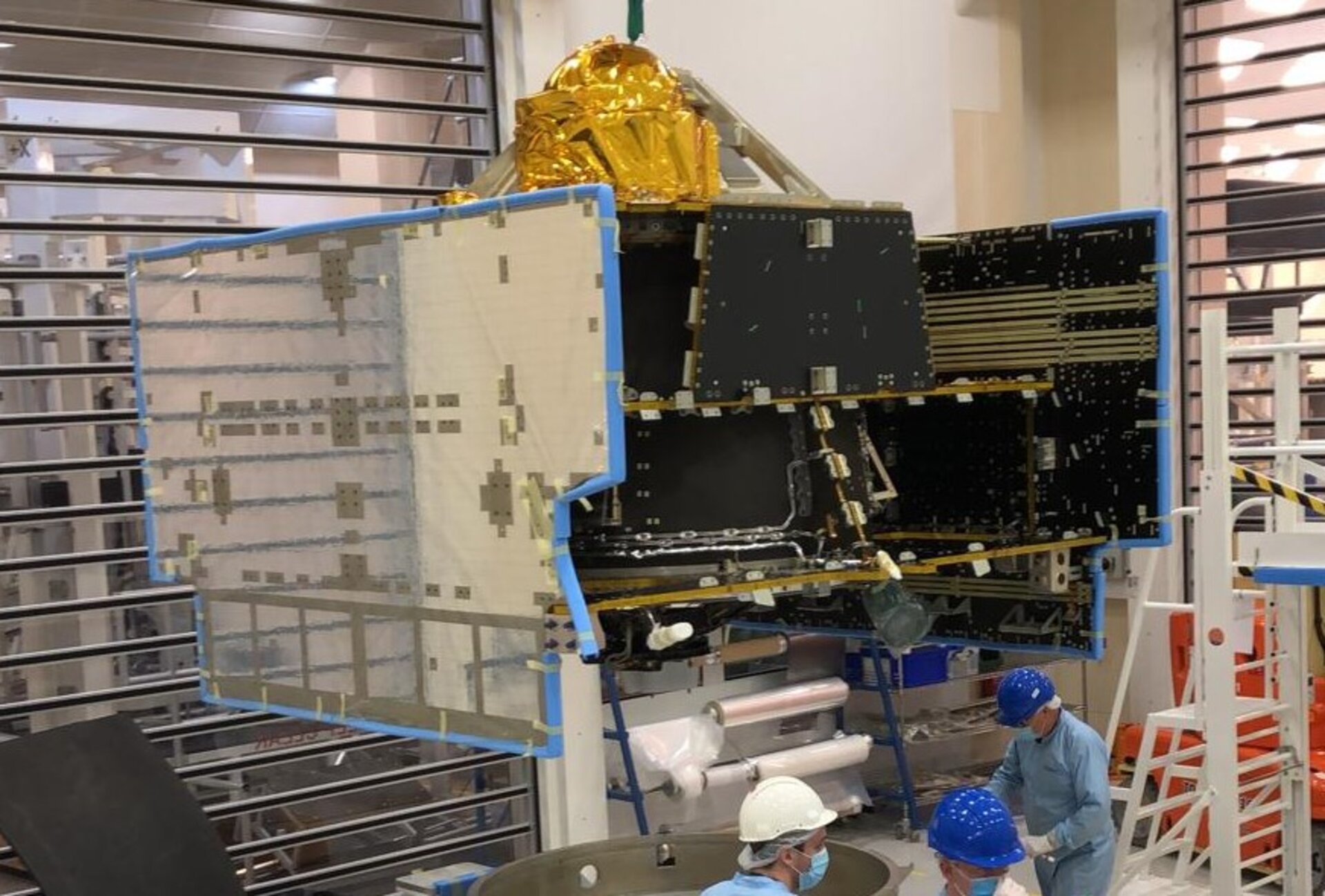 The service module for the first satellite to be built as part of ESA’s Eurostar Neo satellite development programme has left the UK for Toulouse in France.

It was built at Airbus’s UK base in Stevenage – but its home in space will be in geostationary orbit, where it will broadcast hundreds of television channels into homes across Europe, North Africa and the Middle East for its operator, Eutelsat.

The service module for the Eutelsat Hotbird 13x satellite houses both the main electric propulsion and auxiliary propulsion subsystems. Once it arrives at Airbus’s facility in Toulouse, the assembly and test teams will start to integrate its platform electronics needed for the basic control and operation of a satellite, including its power supply and its data processing and storage.

The complete satellite will then be prepared for its environmental test campaign, which simulates the extreme conditions of launch and in orbit, in the first half of 2021.