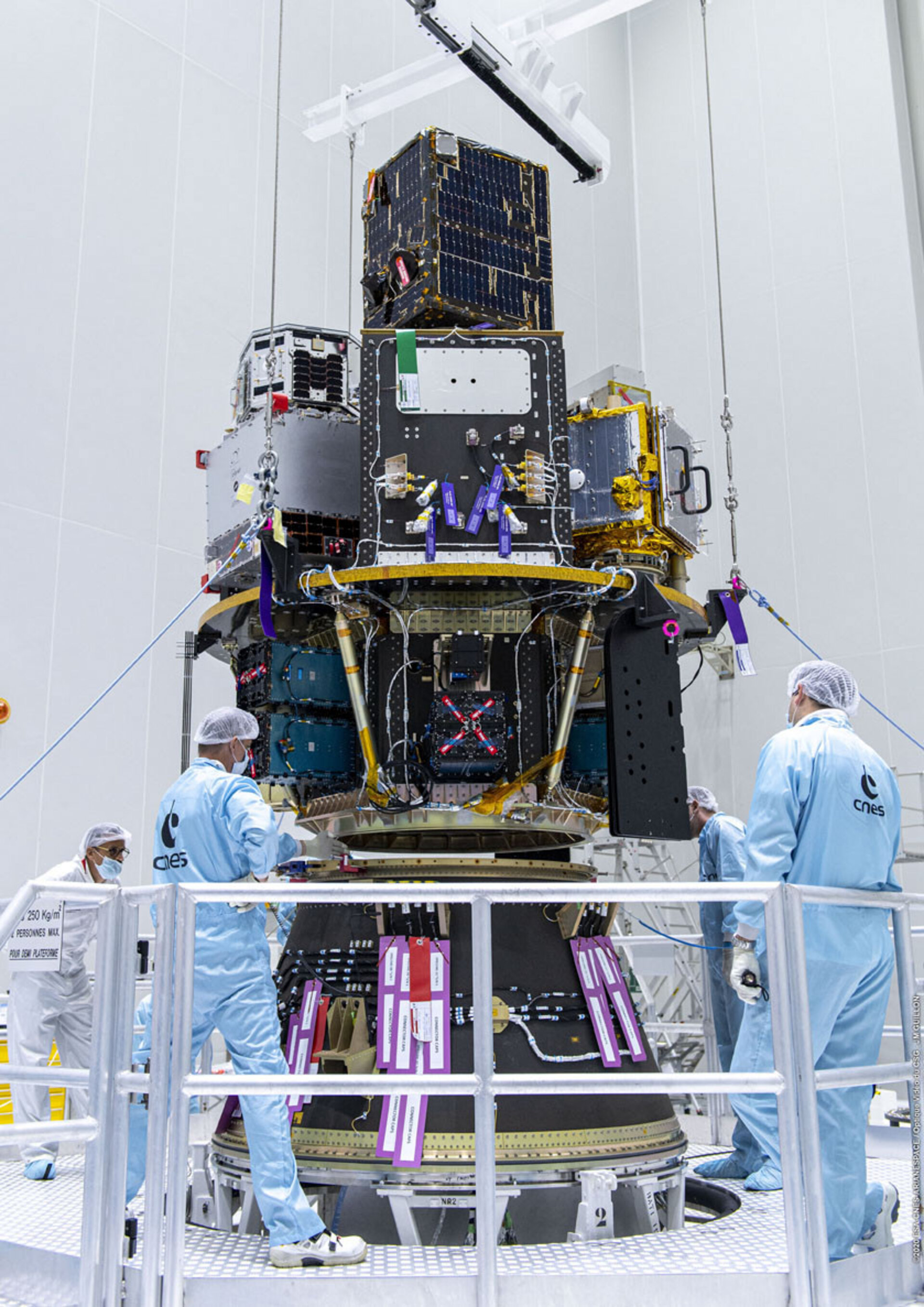 The ESAIL microsatellite for tracking ships worldwide – developed under an ESA Partnership Project – has completed its accommodation on Vega’s new dispenser for small satellites and is ready for launch.

The Vega launch campaign at Europe’s spaceport in Kourou, French Guiana, resumed three weeks ago, following an interruption caused by the coronavirus pandemic.

ESAIL is due to be delivered into a Sun-synchronous orbit at an altitude of more than 500 km on Arianespace’s first Vega Small Spacecraft Mission Service (SSMS) rideshare flight. The launch will deliver seven microsatellites and 46 cubesats into orbit, using a new satellite dispenser that spreads the cost of launch between many customers.